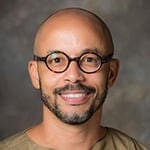 Congratulations to Professor Lawrence Jackson! His 2016 essay, originally published in Harper’s Magazine and entitled, “The City that Bleeds: Freddie Gray and the makings of an American uprising,” appears in the 2017 edition of the Best American Essays.