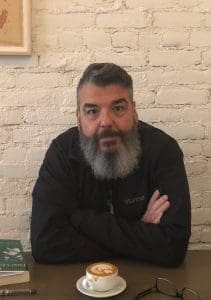 Date: April 10, 2019
Time: 12:00-1:30pm
Location: Mergenthaler 266
Program: East Asian Studies
Abstract: In 2011, the Okinawa Prefecture Museum held an exhibition to commemorate the 100th anniversary of the birth of the Japanese artist and ethnologist Okamoto Taro. A student of Mauss and Kojève as well as an active participant in the Collège de sociologie, Okamoto was perhaps the most well-known Japanese artist of the postwar era. And yet, this exhibition, intended to celebrate his longstanding interest in Okinawan culture, brought allegations of his desecration of rural tombs, precipitating a caustic debate about colonial authority and the appropriation of Okinawan everyday life. In my paper, I will explore the concern with sacrifice that informed Okamoto’s work on Okinawa. I will focus on the complex interrelationship between his nativist valorization of organic totality, his commitment to transformative action, and his critical relationship to the annihilation of community that marked the end of the Pacific War. 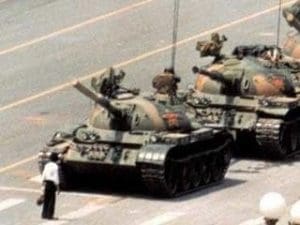 “Tiananmen 1989—30 Years Later: Gate of Heavenly Peace” Documentary Screening
Date: Wednesday, April 10, 2019
Time: 6:00pm
Screening Location: Mudd 26
Program: East Asian Studies
Abstract: The Gate of Heavenly Peace is a critically-acclaimed documentary film about the 1989 protests at Tiananmen Square that culminated in a violent government crackdown on June 4. The film uses archival footage and interviews with a wide range of Chinese citizens, including workers, students, intellectuals, and government officials, to revisit the events of the “Beijing Spring.” Next Monday, April 15th, the director of “The Gate of Heavenly Peace,” Carma Hinton, will be on campus to discuss the film at 5:00 pm in Levering, Sherwood Room. All are welcome and encouraged to attend both events!