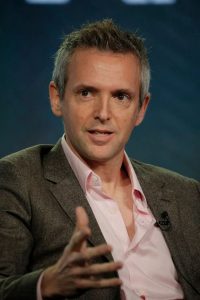 JHU’s Bachelor of Arts in Film and Media Studies is pleased to present television writer and producer JONATHAN ABRAHAMS (JHU ’89) as the sixth of the Visiting Artists for the 2018-19 school year!  Mr. Abrahams is known for writing and producing for MAD MEN, but he is also known for RAISING THE BAR, GREEK, HAVEN, and PERCEPTION, among other shows.

He is the recipient of a Primetime Emmy and a Writers Guild of America Award for his work on Mad Men.