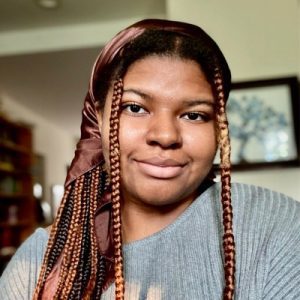 Congratulations to FMS Junior, Cierra Gladden, whose short film Sundown has received a Provost’s Undergraduate Research Award. Provost Joseph Cooper (1991-1995) established the PURA program in 1993 with a generous endowment by the Hodson Trust. The program was created to support and encourage Hopkins undergraduate students to engage in independent research, scholarly and creative projects.

Sundown injects the personal nature of a coming-of-age story into a world of fantasy and terror. One night, Mikey has a traumatic encounter with a monster, transforming his naive childhood into reclusive adulthood. Years later, Mikey must decide whether to take back his life or live in fear forever. Read a production history on HopkinsCinemAddicts, and follow Sundown on Instagram @sundown.film.