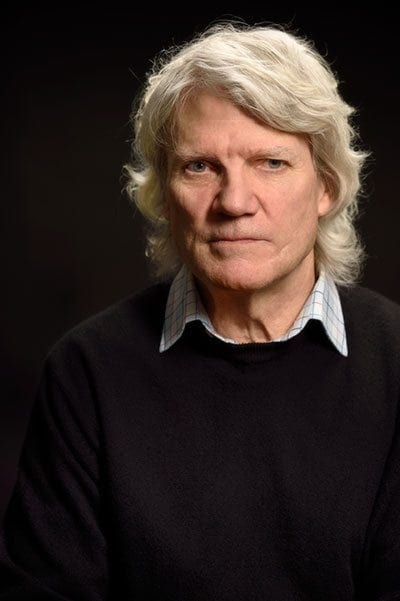 John Bright Mann is a documentary filmmaker. His work reflects a thematic concern for a concept of home, begun with his dissertation, A Phenomenological Inquiry into a Concept of Home. His first documentary, Shelter: Conversations with Homeless Men, was shot in North Carolina and Kansas. He then produced and directed Nicodemus, a one-hour documentary on the only surviving African-American town from post-Civil War America, Nicodemus, Kansas (selected for screening at the Athens International Film Festival).

Following these, he produced and directed Locust Point, funded entirely by the Corporation for Public Broadcasting (CPB) and the Independent Television Service (ITVS.) Locust Point explores the memories of immigrant children who came to Baltimore in the early 1900s. The film includes reenactments as well as archival photographs. Mann also composed and performed the soundtrack for this film. Locust Point was included in the national series American Independents.

His next film, Running to Keep from Falling, was a short experimental documentary utilizing telephone answering machines and automatic answering devices to investigate the loneliness associated with technological detachment. The film received an Honorable Mention in the Black Maria Film Festival. He is completing a short autobiographical film "if...then...”

Professor Mann also works with dance for the camera projects. These include Breathe In…Breathe Out, selected for screening at the International Screen Dance Festival in 2014. He is currently shooting It Goes Without Saying, which considers Martin Heidegger’s notion of “throwness” and the existential condition of being always already here, and suddenly not. He serves as director, cinematographer, and sometimes, composer, for these projects.

Professor Mann’s academic interests center around his work with existential phenomenology. He has been persistently interested in the thoughts of Martin Heidegger and Maurice Merleau-Ponty. More recently he has also been exploring the thoughts of Jean Baudrillard, Paul Virlio, and Marc Auge. Their work, along with the poetry of Rainer Maria Rilke, infiltrate almost all of his courses.

The Eternal Now: An Interview With John Mann by Carlos Valdes-Lora, Class of 2010