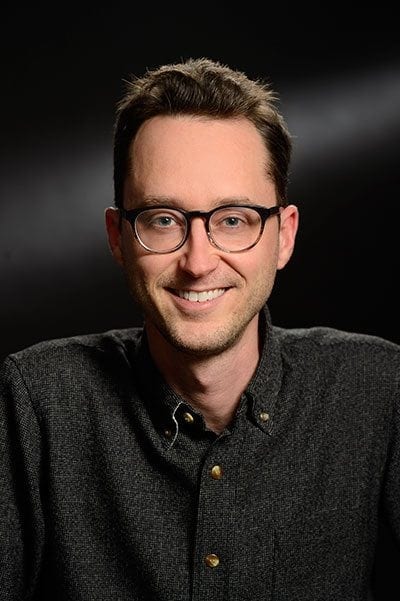 Matt Porterfield has written and directed four feature films — Hamilton (2006), Putty Hill (2011), I Used to Be Darker (2013) and Sollers Point (2018) — all set in his native city of Baltimore. His work is in the permanent collections of the Museum of Modern Art and the Harvard Film Archive and has screened at the Whitney Biennial, the Walker Arts Center, Centre Pompidou, Cinematheque Française, and film festivals such as Sundance, the Berlinale, San Sebastien, Rotterdam, BAFICI and SXSW. In summer 2014, he wrote and directed his first narrative short, Take What You Can Carry, with a grant from the Harvard Film Study Center. It premiered in the Shorts Competition at the Berlinale in 2015 and screened at Lincoln Center’s second annual Art of the Real series. The following year, he co-produced and co-wrote Gaston Solnicki’s first fiction feature, Kékszakállú, in Buenos Aires, Argentina. His most recent short, Cuatro paredes, was released by MUBI in 2021.

As a producer, Matt has participated in IFP’s No Borders, Cinemart, FIDLab, the Berlin Coproduction Market and the Venice Production Bridge. Matt is a Creative Capital grantee, the recipient of a Wexner Center Artists Residency, and a Guggenheim Fellow. He teaches screenwriting, critical theory and film production at Johns Hopkins University. Currently, he is based in Tijuana, Mexico.

Sollers Point, Matthew Porterfield’s fourth feature is, like his previous work, a subtle, razor-sharp portrait of working-class Baltimore—this time told through the striking blue eyes of 24-year-old Keith (McCaul Lombardi, in a star-making performance), a small-time drug dealer consigned to nine months of house arrest. What unfolds is, in part, what you’d expect for a jobless, wandering hero with no immediate prospects. Working class but not working, Keith verges dangerously close to resuming that life of crime, ankle bracelet be damned. Rather than merely a tamped-down portrait of downtrodden white-guy criminality, however, what emerges from Porterfield’s extraordinarily poised study is a wide-angle, all-encompassing sense of community: of fractured social and personal ties reinforced by a sense of shared fate, geography, and broke-ness—but not brokenness. Minor characters are painted here with more detail and sympathy than the main characters in many other films. One of the great overlooked indie films of the year, and a testament to the enduring urgency of local, low-budget filmmaking.

“Directing Isn’t About Controlling Everything, But Learning When to Let Go” IndiWire, May 17, 2018

Johns Hopkins Film and Media Studies faculty member Matthew Porterfield honored as one of this year’s exhibitors at the Whitney Biennial.  Porterfield was recently named as an exhibitor in the 2012 Whitney Biennial, a world-renowned selection of cutting-edge contemporary art. Porterfield was also awarded a sizable Creative Capital Grant for his latest film project. With all this under his belt, it seems that the sky is the limit for the filmmaker, who creates arresting, lyrical feature-length films about Baltimore-centric characters.

On February 17, 2012, flavorwire.com, a cultural news blog, named Hopkins professor and independent filmmaker Matt Porterfield one of the 10 Young Filmmakers You Should Know. According to Flavorwire, this list of filmmakers, all under 35 years old, represents “a whole new generation of auteurs.”  The website called Putty Hill “an absorbing, mockumentary-style movie about the impact of a young man’s death on his family, friends, and acquaintances. As impressive as the film itself is the fact that it came about accidentally — Porterfield had scripted a feature called Metal Gods, but his financing fell through, and Putty Hill… rose from its ashes.”

Matthew Porterfield, the filmmaker behind “Putty Hill” and “Hamilton,” was named the winner of the sixth annual Janet & Walter Sondheim Artscape Prize on Saturday. His winning installation displayed at the BMA spans one wall with six dozen 20-by-30-inch cellphone pictures that form a large, mosaic-like work. On the opposite wall is a monitor showing a video montage of the same pictures and additional ones.