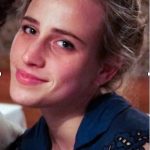 The summer before my senior year, I interned in Los Angeles at Beachside Films and Mandeville Films, the latter a job I landed with help from a JHU alumna who was working there at the time. I read script submissions, wrote script coverage, covered desks for the producer’s assistants, and researched potential development material. I particularly enjoyed presenting my notes on scripts during company meetings, as it allowed me to directly participate in the daily workings of a production company. After I graduated, the internships helped me secure a job at United Talent Agency, where I worked as an assistant to a Motion Picture Literary agent. I felt prepared for the position at UTA because I had experience doing things like answering calls and giving script feedback.

These internships not only prepared me professionally, but also clarified whether I wanted to move to LA permanently. At first LA was daunting— it was sprawling, I couldn’t drive, and I didn’t know very many people. Spending a summer there allowed me to explore the city in my spare time. I discovered my favorite neighborhoods, coffee shops, and hikes, and also made friends through my internships. LA felt far less daunting to me when I moved out a year later, and soon it felt like home. I’m currently a TV Writers’ Assistant on Sony’s I Know What You Did Last Summer, and making a short film based on a feature I wrote.