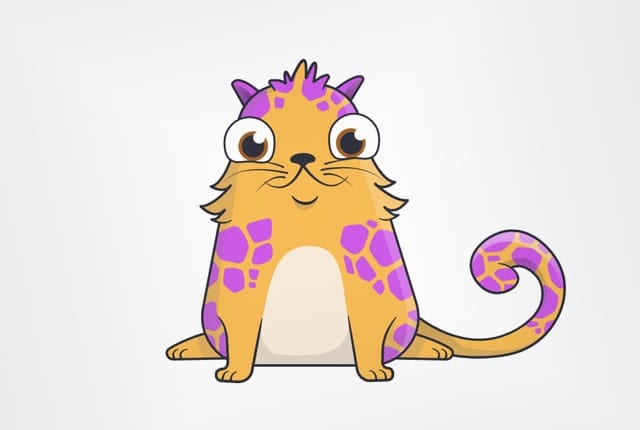 Nothing is but branding makes it so.
Hamlet, Act 2, Scene 2, sort of

Bitcoin has been branded a currency, and some analysts—even some Fed economists—seem to have fallen for it, arguing that Bitcoin’s value as a transactions vehicle explains why this intrinsically useless item has market value. The trouble is that there is no evidence that Bitcoin is functioning to any significant degree as a currency.

Any asset could function as a currency. An asset does function as a currency if it is used widely in a broad range of transactions. While hard evidence is difficult to come by, nobody is claiming that a large share of the still-trivial number of daily transactions in Bitcoin are e-commerce as opposed to speculative investments or other types of non-commerce-related trades.[1] I’ll make this case more fully in the next post on underlying structural problems with Bitcoin. But that topic is dry and technical.

This post focusses on a far more entertaining question: Why does Bitcoin have value?

Aside from currency there is second category of valuable-yet-useless assets: collectibles.[2] Anything about which I can say, “I have more of it than you” is a potential collectible asset. Useless collectibles, I’ll call them, have no appreciable use as commodities and are not a claim to anything: if they have value, it is only because folks happen to value them. Bitcoin at present, looks like a classic collectible.

Because the value of useless collectibles is a purely subjective and often a social phenomenon, the valuation regularly confounds conventional analysis. And the internet allows peculiar social valuation to go viral, becoming truly weird. The history of fake pets provides a nice illustration.

From Pet Rocks to CryptoKitties

For about 3 months in 1975, Pet Rocks were a hot item—over a million sold for $4 apiece making their creator wealthy, by standards of the times. Was there a bubble in pet rock valuation? Or were people paying to participate in a social phenomenon?

About 20 years later, Beanie Babies joined in the fake-pet pantheon. By 2000, for example, Trumpet the Elephant was selling for more than $1,000. That now looks like a bubble: Trumpet can be had for less than $10 today, and reportedly fortunes were lost. Some beanies continue, however, to have valuations greater than $50,000.

These two examples are child’s play. CryptoKitties, launched on Nov. 28, show us the power of the internet to deliver fake pets on steroids. CryptoKitties are virtual pets that one can purchase using the cryptocurrency Ethereum. By Dec. 5, six days after launch, there were over 30,000 kitties with a reported market cap of $6 million. The most expensive kitty had sold for $100,000, converting the Ethereum price to dollars at the time of sale. The fact that CryptoKitty transactions recently constituted up to 25% of all Ethereum transactions supports the claim that Ethereum is not now, in any general sense, serving as a currency.

These anecdotes are meant only to illustrate that the simple phrase “I have more of it than you” can have near-magical value-creating force. The fact that it is virtual is not a drawback, quite the opposite. Existing only on the internet seems to facilitate explosive growth of a social valuation phenomena.

Social valuation and portfolio theory: the case of baseball cards

The explosion in baseball card valuations in the 1980s led serious publications to analyze these cards as an investment vehicle.[3] Cards were a hedge against inflation—this was the 1980s after all. Analysts also noted that the returns to cards, while volatile, tended to be uncorrelated with other asset classes, making baseball cards a source of alpha. In this view, the fickle nature of social valuation can be a plus.

So are collectibles a good portfolio investment? Investment advisors, with some exceptions, tend to say no. But a better answer may be compared to what?

Pet rocks sell today for around $12 on ebay, implying real return of about -1.0% per year since 1975. That sounds pretty bad until you compare it to the return to holding more serious rocks such as coal (-1.3%) or other in-the-ground collectibles such as nickel.[4] It is a long-standing puzzle in economics that the price of minable commodities in the ground is very generally far too high to be be easily justified, given the—often negative—return to holding them.[5]

In short, economists don’t do well explaining the value of collectibles, whether useful or useless.

Speaking of mining, many online games (World of Warcraft and Minecraft are notable examples) allow one to earn game tokens by engaging in virtual activities that go under names such as mining or farming. If you’ve been paying attention to this post, you’ve already jumped to the realization that folks will be willing to pay real money for these collectibles. And whenever effort leads to saleable stuff, we have a potential industry. In the early 2000s, estimates put the number of folks employed full time mining virtual collectibles at between 100,000 and 1 million. That compares with employment in actual mining and logging in the U.S. of about 700,000. Trade in these virtual commodities was valued in the hundreds of millions. Virtual collectibles are very big business.[6]

The mining in computer games should not be confused with Bitcoin mining, which you may have been reading about because… Oh wait, there is no difference. In both cases, real world effort is supplied in return for electronic tokens. Whether you call it a multiplayer game or a cryptocurrency, that’s just branding.

Indeed, perhaps the lesson for us all is that the internet is making a full-scale assault on the distinction between real life and multiplayer game.

Here is a bare-bones recipe for creating a real industry: Put a computer program on the internet that says “you can acquire X, but only by doing Y.” The part that makes this easy is that X is a purely virtual item, created virtually for free as an electronic entry. The part that makes it real is that Y involves real-world effort. If your program happens to catch the public’s imagination, hoards of folks will earnestly get to work doing Y so that they can earn and trade X.

Bitcoin and other crypto-collectibles

Bitcoin or some other cryptocurrency could, I suppose, leave the realm of Beanie Babies and Minecraft gold and come to play a vital role in our payments system. In the next post, I’ll make the case that this is extremely unlikely, absent fundamental structural change. In their current forms, Bitcoin and other cryptocurrencies have features that make them inherently unsuited for widespread adoption as currencies and that make them far less efficient than natural alternatives for electronic currencies.

Even if I’m right about this, Bitcoin could, like other collectibles, continue to have value. As with Pet Rocks, the value of Bitcoin might even outperform the sorry track record of more conventional collectibles such as coal, silver, or nickel.

Or crude oil. We’ve been arguing for some time that the valuation of crude oil raises many of the same issues regarding collectible valuation that we’re discussing here. The quick version: with the Aramco IPO in the offing, the Saudi’s may be hoping to play a version of the Pet Rock gag on the market. We’ll see if this works in the new year. And on that note…

All the best to you and yours for the holidays.

1. There are less than half a million transactions per day, a trivial number in the world economy. As many others have noted, it makes no sense to use an asset with large speculative price fluctuations as a currency because every purchase or sale comes bundled with a speculative investment in the currency itself. [back]

2. As an aside, there is a raging debate over the spellings collectible vs. collectable. Although I’ve made a choice in this post, I am taking no stand on this contentious topic. [back]

3. There is a long tradition of economists analyzing collectibles as investments. [back]

4. These rates of return were calculated by the author. Bituminous coal prices; Other commodities; nominal values are deflated by the annual average CPI from FRED. [back]

5. Chari and Christiano provide a brief summary of the facts and related research. [back]

6. Reportedly, much of this industry has been shut down. [back]