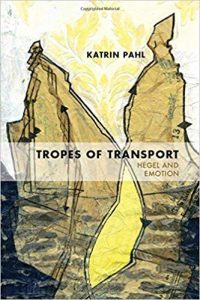 Intervening in the multidisciplinary debate on emotion, Tropes of Transport offers a fresh analysis of Hegel’s work that becomes an important resource for Pahl’s cutting-edge theory of emotionality. If it is usually assumed that the sincerity of emotions and the force of affects depend on their immediacy, Pahl explores to what extent mediation—and therefore a certain degree of manipulation but also of sympathy—is constitutive of emotionality. Hegel serves as a particularly helpful interlocutor not only because he offers a sophisticated analysis of mediation, but also because, rather than locating emotion in the heart, he introduces impersonal tropes of transport, such as trembling, release, and shattering.