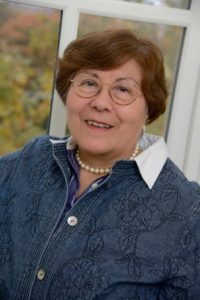 On September 15, 2017, at the residence of the Peruvian Ambassador to the United States, Dr. Sara Castro-Klarén was awarded Peru’s highest distinction, the Order of the Sun [La Orden del Sol del Perú] in the rank of Commander, on behalf of the President of Peru for her outstanding scholarly contributions to the study of Peru’s literature and cultural history in modern and post-colonial periods as well as to the field of Latin American Studies at-large.

The Peruvian Ambassador to the United States, Mr. Carlos Pareja, his wife, members of the Peruvian Diplomatic community, and some forty guests, which included leading figures in the field of Latin American Studies, also gathered to honor Dr. Peter F. Klarén, the husband of Dr. Sara Castro-Klarén, who was also decorated with the Order of the Sun in the rank of Commander for his contributions to the field of Peruvian economic and political history.

The Liberator José de San Martin (1878-1850) established the Order of the Sun in 1821. The Peruvian government re-established the order in 1921 and since then it has been awarded to Heads of States, Diplomats, and those that have unquestionably left a mark on the culture and history of Peru. The Order of the Sun is awarded in four categories: Officer, Knight, Commander, and Grand Cross. The last two are on rare and extraordinary occasions awarded by the Peruvian government.

Dr. Sara Castro-Klarén was born in Arequipa, Peru and received her B.A. and Ph.D. in Hispanic Languages and Literatures from the University of California – Los Angeles (UCLA). She is currently Professor of Latin American Culture and Literature at the Johns Hopkins University. Previously, Dr. Castro- Klarén taught at Dartmouth College (1970–83) and chaired the Department of Spanish and Portuguese (1979–82) there. In addition, she was the Chief of the Hispanic Division of the Library of Congress (1983-1987).

Her most recent contributions to the field of Latin American Studies include two edited volumes: Inca Garcilaso and Contemporary World-Making (2016) and The Blackwell Companion to Latin American Literature and Culture (2008). The influential collection of essays on colonial and post-colonial cultural history was entitled The Narrow Pass of Our Nerves: Writing, Coloniality and Postcolonial Theory (2011). She has also published monographic studies on Jose Maria Arguedas and Mario Vargas Llosa. She co-edited a volume, in English, on Latin American Women Writers and has contributed innumerable articles on path breaking writers such as Julio Cortazar, Diamela Eltit and Alejandra Pizarnik as well   literary theory and the history of pedagogy in the teaching of Latin American Culture at large. She is one of the two editors of the series “Illuminations” at the University of Pittsburgh Press.