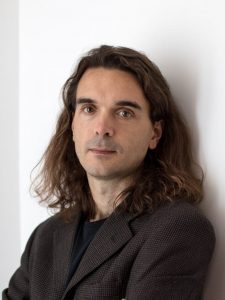 The Department of German and Romance Languages and Literatures presents:

What’s the Use? Iberian Studies and the Quest for Relevance.

A lecture by Sebastiaan Faber

Professor and Chair of Hispanic Studies

​Sebastiaan Faber, Professor and Chair of Hispanic Studies at Oberlin College, is the author, most recently, of Memory Battles of the Spanish Civil War: History, Fiction, Photography (Vanderbilt UP, 2018). A scholar of modern and contemporary Iberia, he has written extensively on the Spanish Civil War, historical memory, the role of writers, intellectuals, and artists in shaping our understanding of the past. In addition to his scholarship, he has written for The Nation, Foreign Affairs, and Public Books as well as CTXT, La Marea, and Público, and co-edits The Volunteer, a magazine published by the Abraham Lincoln Brigade Archive.

Below is an abstract of his lecture:

Hispanism is not what it used to be. At universities in the United Kingdom and the United States, the rise of cultural and Iberian studies has given hispanismo a stodgy, even reactionary tinge. But humanistic scholarship on Spain has also changed simply because the country itself has. The steady erosion over the past decade of the “Regime of 1978” (R78) and its attendant “culture of the Transition” (CT) has not just altered the political landscape. It has affected the worlds of the academy and the media, changing what it means to produce and disseminate scholarly knowledge about the culture created within the borders of the Spanish state. In fact, for all scholars of Spain, the developments over the past two decades have given a new urgency to basic questions. From where do we write, for example? For whom? And about what? In short: what’s the use?

Institutional inertia has made it difficult to ask these questions, let alone answer them honestly. It is true that Spain has historically paid considerable attention to knowledge produced about the country by scholars from abroad—to such an extent that foreign experts are routinely granted a nice sum of start-up cultural capital. But institutional pressures, for example to publish in English or in narrowly scholarly journals, have made it more difficult for Iberianists from abroad to connect with audiences in the Spanish state. At the same time, Iberian Studies continues to be relatively marginal within the global academic humanities. Despite these challenges, a number of scholars in our field, especially from younger generations, are on a quest for relevance. In the process, they actively changing the logic of the field.

In this talk, Sebastiaan will highlight several of these innovative projects, arguing that they are indispensable for rethinking our field. This is not a time for complacency, after all. Our institutions are facing deep financial cuts, while the populist and neoliberal Right are openly questioning the mission of the university while legislators and trustees are trying to reshape academic institutions along corporate lines.