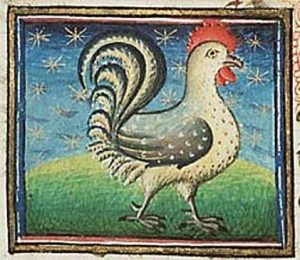 “Italian Ecologies: Italo Calvino and the Biosphere of the Anthropocene.”

When we imagine life in the Anthropocene, almost inevitably, images of faraway places appear:  dead albatrosses on a Pacific island whose dying bodies are filled with plastic fragments, polar bears adrift on melting ice sheets, disappearing coral reef. Suspended between the impersonality of the Great Extinction event and the poignant singularity of individuals (with distinctive faces, eyes, senses, and feelings), we tend to imagine life as something “out there,” halfway between a scientific report and a television show. But life in the Anthropocene is not simply “out there.” It includes our life, the biodiversity that populates our cities and countryside. It includes the places that we do not see, but that are integral to this epoch that bears our name: zoos, labs, factories…

In this lecture, Professor Iovino explores the Anthropocene biosphere with the help of a classic of Italian literature: Italo Calvino. Through Calvino’s stories of cats, ants, chickens, rabbits, and other nonhuman creatures, a challenging new figure emerges from the mirror: that of an anthropos without a capital “A,” with its fragile balances, its challenges and inequalities, a companion species on a difficult path of co-evolution.

Serenella Iovino is Professor of Italian Studies and Environmental Humanities at the University of North Carolina at Chapel Hill. She has written on a wide range of topics, including environmental philosophies and ecocritical theory, bioregionalism and landscape studies, ecofeminism and posthumanism, comparative literature, eco-art, Mediterranean studies, and environmental justice. Her recent publications include Material Ecocriticism (2014), Environmental Humanities: Voices from the Anthropocene (2017, both co-edited with Serpil Oppermann), and Italy and the Environmental Humanities: Landscapes, Natures, Ecologies (University of Virginia Press, 2018, co-ed. with Enrico Cesaretti and Elena Past). Her monograph Ecocriticism and Italy: Ecology, Resistance, and Liberation (2016) was awarded the American Association for Italian Studies Book Prize and of the MLA Aldo and Jeanne Scaglione Prize for Italian Studies.