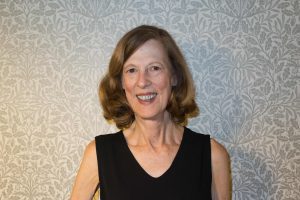 This presentation was inspired by recent findings in neuro-aesthetics—the study of the impact of the arts on the nervous system.  Cinema has been found to have a particularly strong effect on the part of the brain housing mirror neurons, origin of such psychic processes as identification and empathy. Using clips from Gomorra and Io non ho paura, Prof. Marcus analyzes how the cinematic medium creates us as “embodied spectators” whose responses at the level of neurology propel us toward the highest reaches of understanding and compassion for the plight of the “other.”

Millicent Marcus is Professor of Italian at Yale University. Her specializations include medieval literature, Italian cinema, interrelationships between literature and film, and representations of the Holocaust in post-war Italian culture. She is the author of An Allegory of Form: Literary Self-Consciousness in the ‘Decameron, Italian Film in the Light of Neorealism; Filmmaking by the Book: Italian Cinema and Literary Adaptation; After Fellini: National Cinema in the Postmodern Age; and Italian Film in the Shadow of Auschwitz.  Her current research projects include case studies in contemporary Italian cinema, and the argument for a neuro-aesthetic approach to the analysis of film.