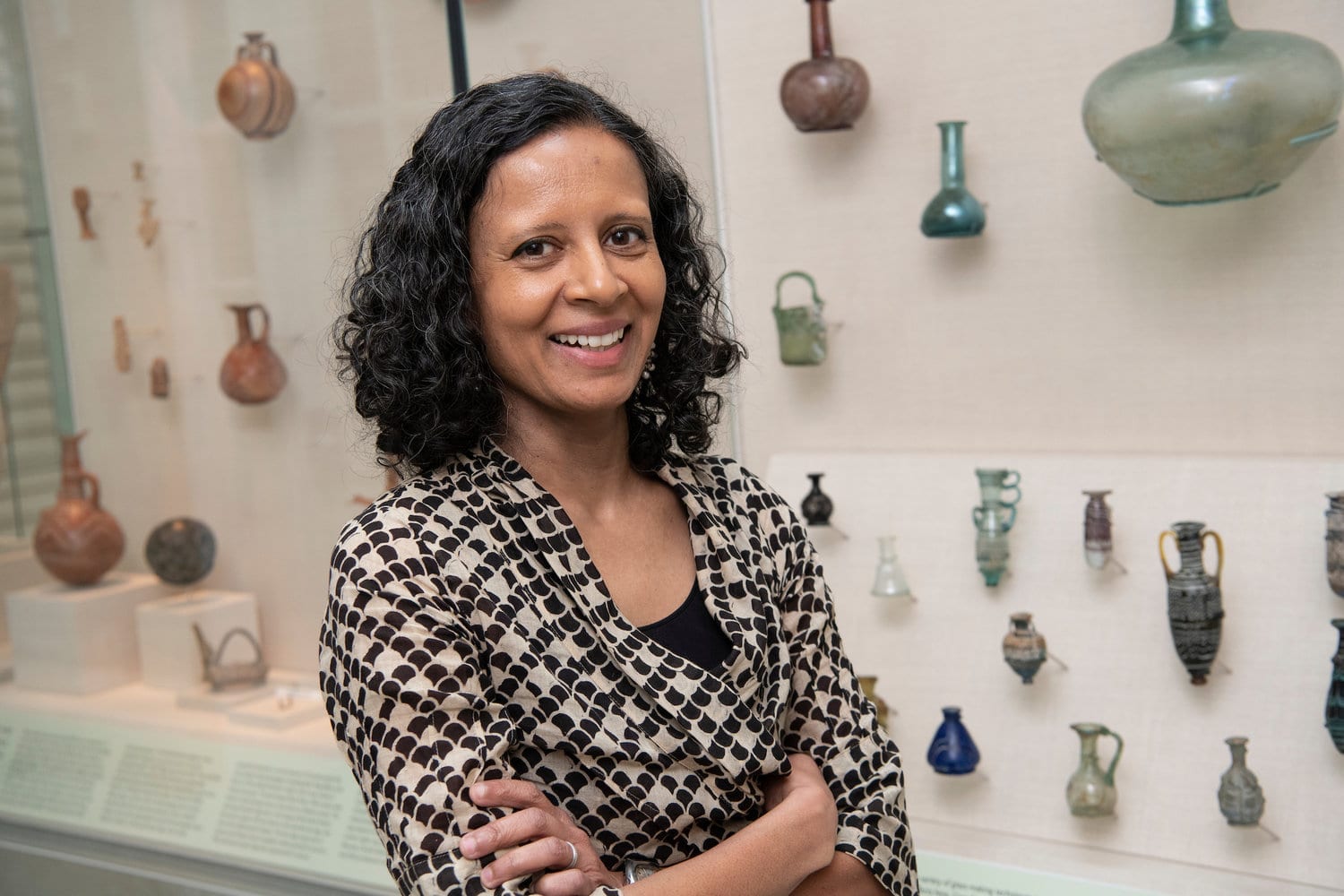 Sanchita Balachandran joined the Johns Hopkins Archaeological Museum as Curator/Conservator in July 2010.  She pursued her graduate work in art conservation and art history at the Institute of Fine Arts, New York University, and has completed projects at several museums including the Smithsonian Institution, the Harvard Art Museums, the J. Paul Getty Museum and the Metropolitan Museum of Art, among others.  Balachandran has also been actively involved in site projects in Egypt, Cambodia, Tunisia, Italy and India. In 2009-2010, she spent eight months in India under the auspices of a Fulbright award researching the history and conservation of medieval south Indian bronze sculptures.

At Hopkins, she teaches undergraduate courses such as “Introduction to Museum Practice”, and “Critical Issues in Art Conservation”.  Balachandran has also taught graduate students at the Winterthur/University of Delaware Program in Art Conservation, and Morgan State University.  Publications include articles in the International Journal of Cultural Property, Journal of the American Institute for Conservation, and Archaeology Magazine, as well as inclusions in edited volumes on the ethics and practice of conservation on field excavations.

Sanchita Balachandran is the director of Untold Stories, a non-profit organization that pursues an art conservation profession which represents and preserves a fuller spectrum of human cultural heritage.

My current research looks at ways that the production technologies of ancient Greek vases may in fact give us a clearer sense of the "authorship" of these extraordinary objects. After two years of experimental archaeology with potter collaborator Matthew Hyleckand materials scientist Patricia McGuiggan as we made hundreds of replicas of Greek vases, I spent the first half of 2017 at the Getty Conservation Institute as a Guest Scholar continuing my research on the manufacturing techniques used to fabricate, decorate and fire ancient red-figure Greek ceramics. I am currently beginning a long-term project studying the preparatory drawings still present underneath the painted images on Greek vases using the technique of reflectance transformation imaging.

Supported by a Johns Hopkins University Arts Innovation Grant, this project attempts to digitally reconstruct the faces of two ancient Egyptian mummies in the Johns Hopkins Archaeological Museum by combining art conservation expertise with the expertise of a forensic artist and anthropologist, a facial prosthetist, radiologists andbiomedical engineers, an Egyptian archaeologist, and specialists in 3-D imaging and laser scanning. For more information, visit the project website.

The Social History Of The Conservation Of South Indian Bronzes

Following on eight months of archival research and fieldwork in Chennai, India, that was completed as part of a Fulbright Award, I am currently working on several publications related to the early history of metals conservation in India.  One article reveals community claims on, and demands for the restitution of ancient bronzes removed to the Madras Government Museum for conservation and display dating from the late 19th to early 20th centuries.

I am currently carrying out archival research related to the history of the Johns Hopkins Archaeological Museum, This study aims to contextualize the collections acquired for the museum from the late 19th century through the mid-20th century.  The ways in which collections were historically used for teaching, research and display are of particular interest.