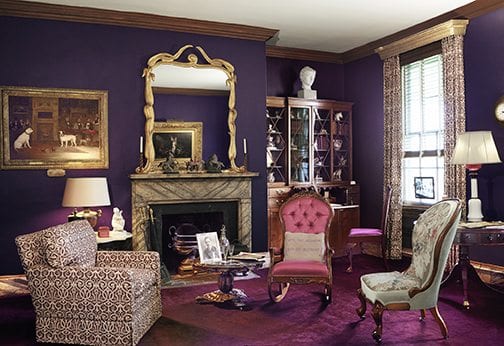 Furniture, textiles, fine art, and photographs illustrate the professional evolution of Baltimore-born William “Billy” Baldwin (1903–1983), probably the most ingenious of 20th-century interior designers. Students in the Spring 2010 museums and society course Curating Culture at Evergreen worked with museum Director and Curator James Abbott to research and put together this exhibition dedicated to Baldwin’s lengthy and influential career. Baldwin, the so-called dean of American decorators, introduced a more relaxed design sensibility, one based on practical principles that could be followed by anyone. The exhibition focuses attention on Baldwin’s life-long pride in his Baltimore origins, and includes vignettes representing three of his Maryland-based commissions that show the development of his now-iconic design vocabulary.

Baltimore’s Billy Baldwin is the second course and exhibition dedicated to exploring Modernism at Evergreen. The exhibition and its accompanying publication were made possible by the Richard C. Von Hess Foundation.