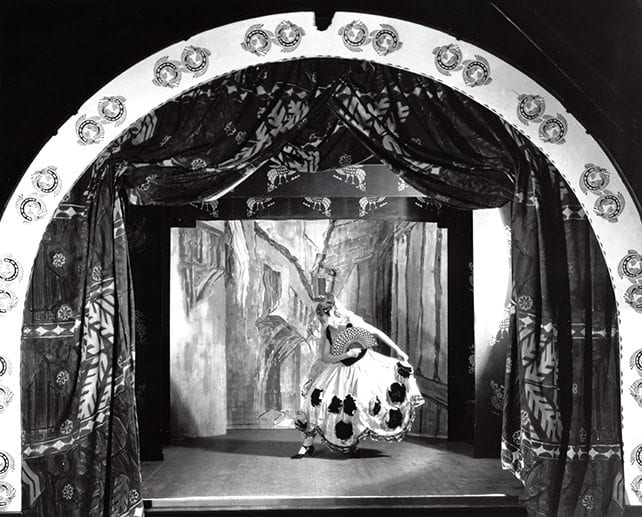 Arts patron and philanthropist Alice Warder Garrett (1877–1952) held a lifelong passion for the performing arts; she attended plays frequently, collecting some 400 playbills and souvenir programs over five decades, and enjoyed entertaining friends, family, and her husband's diplomatic colleagues with song and dance performances in Evergreen's Léon Bakst-designed theatre. This focus show features key playbills from Mrs. Garrett's collection and examples of her "notes to self" on costumes and stage sets, illuminating how theatre provided a means of self-expression, and even self-definition, separate but parallel to her role as ambassador's wife.

Decades of Change was organized by 2009 Evergreen Museum and Library student curator and museums and society minor Suzanne Gold '10. The exhibition was made possible by the Evergreen House Foundation and the Maryland State Arts Council.