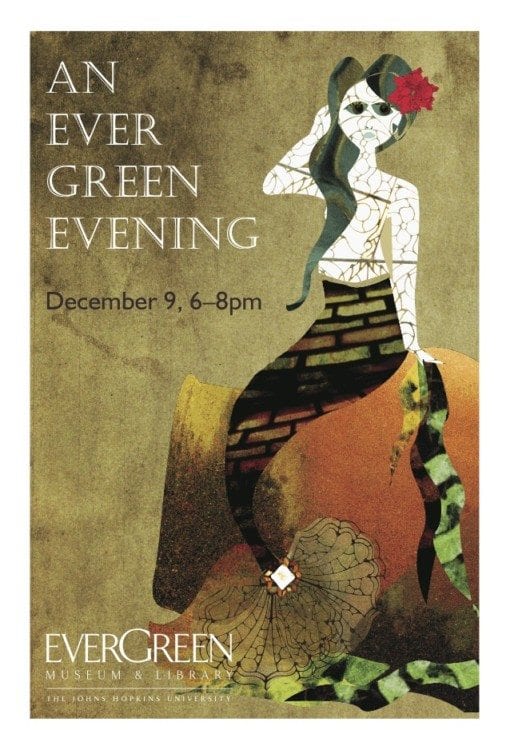 The exhibition Evergreen as Muse showcases original art and writing created by students in the museums and society course Artist in the Museum under the mentorship of Homewood Art Workshops instructor Phyllis Berger and Evergreen Museum Curator and Director James Abbott. In Fall 2008 and 2009, students each produced a series of photographs inspired by the house and its collections. In fall 2010, a new collaboration centered on bookmaking responded to Evergreen’s wonderful Garrett Library. In fall 2011, that collaboration was repeated with a new group of students who created their own artist’s books inspired by the collections at the George Peabody Library, the Walters Art Museum, Evergreen Museum and Library, the JHU Library collection of artist’s books, and the artist book collection of Edgar and Betty Sweren.