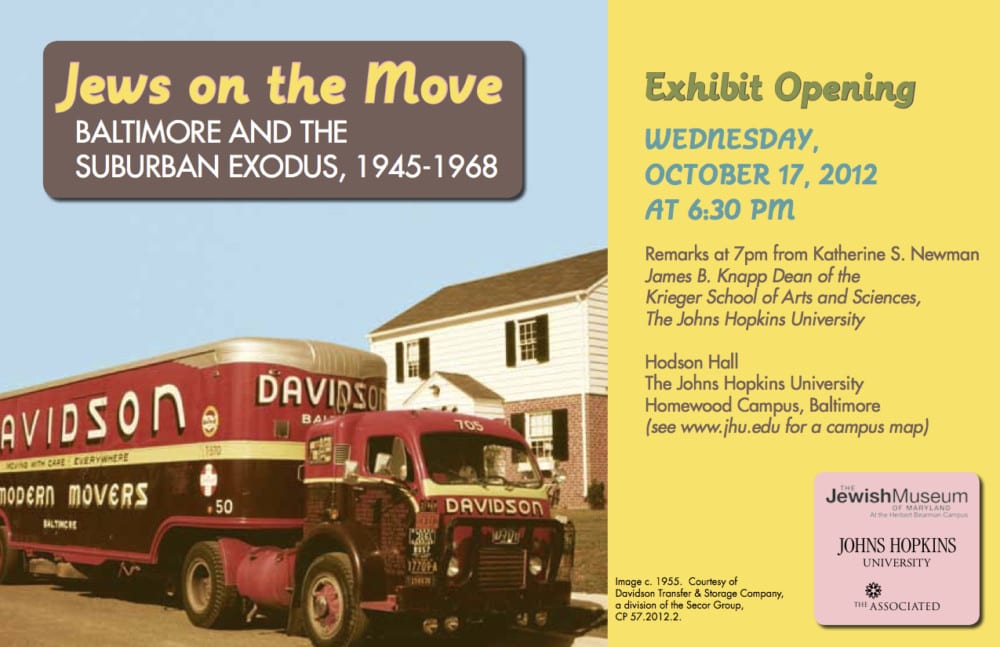 Jews on the Move main

The second of four Mellon-funded collaborations between the Program in Museums and Society and a local museum, the Spring 2012 course Staging Suburbia invited students to work as public historians alongside Jewish Museum of Maryland curators and staff, researching primary documents and artifacts to develop a traveling exhibition about Baltimore’s Jewish suburbs. Through an intensive semester studying the history of post-war Baltimore, students helped select the themes and objects, wrote text for the show, and blogged about their experiences.

The exhibit was on display as follows: