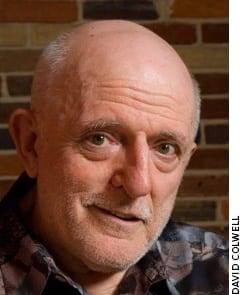 Theatre Program Director and Homewood Professor of the Arts

In the late 1950’s, an unknown actor named John Astin took the stage as an understudy in Charles Laughton’s renowned Broadway production of Shaw’s Major Barbara, stopping the show with laughter and applause. Actor Tony Randall saw it and offered the young performer a principal role in his summer production of Goodbye Again. Mr. Astin’s success in this role led to his first motion picture (West Side Story) and his first TV series (I’m Dickens, He’s Fenster). A great number of films followed, among them That Touch of Mink with Doris Day and Cary Grant, Viva Max! with Peter Ustinov and Jonathan Winters, and Freaky Friday with Barbara Harris and Jodie Foster.

Mr. Astin’s early training was in Shakespeare and other classical dramatists. He appeared in the original New York companies of The Threepenny Opera and James Joyce’s Ulysses in Nighttown. Other stage roles include Fagin in Oliver!, Sir Joseph in HMS Pinafore, Henry Saunders in Lend Me a Tenor, Scrooge in A Christmas Carol, and just before coming to Hopkins, he toured for seven years in the U.S. and various parts of the world as Edgar Allan Poe in a one man show on the life and work of the great American author, critic, and poet. Not long ago he was Linus Pauling in a play at Cal-Tech, and so closely resembled the double Nobel winner that a young Pauling family member called to him from the audience, crying, “Grandpa!”.

Television audiences quickly recognize him as the lovable, slightly crazed Gomez in the original The Addams Family series, or as Buddy Ryan in Night Court. Films include European Vacation, Nightlife, Gremlins II, three Killer Tomatoes satires and the Peter Jackson film, The Frighteners.

Mr. Astin received an Academy Award nomination for Prelude, a short film he wrote, produced, and directed. Critics called it the “best short film in years.”