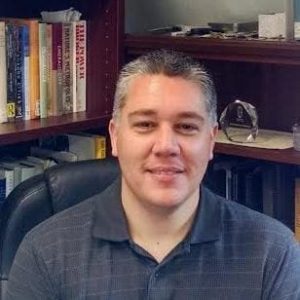 My research interests include (1) contemporary and historical processes of urbanization and urban development, (2) global inequality, social change and development, and (3) contemporary issues of governance and (re)organization of the cities (e.g. questions on the devolution of governance structures and the interaction between government organizations, private investment, civil society, and individual citizens). I use a combination of quantitative and comparative-historical methods in understanding the interrelationship in which changes in the global political economy affect the conditions and possibilities at the local levels.

Transformations in Urban Governance and the Role of Institutions, Organizations, and Individuals

This research addresses the contemporary processes of urban governance that are increasingly challenged by the rise of global finance and the explosion of municipal debt, by problems of environmental sustainability and by shifts in the geographical center of world-economic growth and political power. Previously lauded models for urban success – through urban entrepreneurialism, state-led redevelopment projects, public-private partnerships, and nested organization of government levels (local, regional, national) – are confronted by the crisis of welfare states and the rise of a politics of austerity. New forms of uneven spatial development are emerging within and between urban centers. These challenges raise questions about what it means to govern urban areas. Specifically, how does governance extend across or within metropolitan regions, and what role do urban dwellers play in building and rebuilding urban space in the twenty-first century?

This research is currently engaged in two projects. One is a study - supported  by an Abell Foundation grant - that sought to engage and evaluate a particular form of urban governance devolution in Baltimore. This form of governance, which is rapidly gaining popularity in many parts of the United States, Europe, and Asia, sits at the forefront of the current debate over the practice of community organization and governance to achieve direct and lasting effects in the rebuilding of urban communities. Very limited scholarly research has been carried out on the effectiveness of Community Benefits Districts, and they themselves have been a relatively very rare form of urban governance. In 2004, it was estimated that this form of governance only existed in 12 cities (Baer and Ihrke, 2004). However, by the authors estimates, as many as 90 of these forms of governance may exist throughout North America in 2015. In order to expand our understanding of benefits districts, I conducted a case study of the Charles Village Community Benefits District in Baltimore, MD. This study sought to evaluate both the impact and perception of the supplemental safety and sanitation services and understand the role and process of this form of public-private governance in the city.

The second study, in conjunction with the Public Justice Center of Maryland and the Right to Housing Alliance and funded by a grant from the Abell Foundation, has looked at the current and historical conditions of Rent Court. Part of the Baltimore District Court and responsible for mediating and ruling on issues of housing, this court was originally envisioned as the key step in rehabilitating Baltimore's housing stock and creating an equitable forum for the mediation of disputes between landlords and tenets in the 1950s. Today, Rent Court processes over 150k cases of eviction in Baltimore City per year with few cases considered for abatement and the large majority of cases occurring in areas or the city with depleted housing stocks and high levels of vacancy. The project investigates the barriers to knowledge and practice before and during trial that prevent many tenants from claiming their rights in court.

Transformations in Hierarchies of Wealth and Power: Global and Local

My third broad area of research is the historical transformations in hierarchies of wealth and power. I am particularly interested in examining how the world income hierarchy (between and within) have changed in world history due to geographical relocation of global capital, changes in the global political economy, escalation of economic/financial crises and political-military struggles among great powers.  I am also interested in explicating the uneven manifestations of these global-level transformations at the local/national levels. Currently, I am co-coordinating the development research working group at the Arrighi Center, which has been investigating the changes in the patterns of global inequality and the trimodal income distribution of the global world-economy in world history.

230.113 Politics and Development in Baltimore

230.383 Courts, Housing, and the City: A Research Seminar on Social Justice in Baltimore

360.121 Health and the Urban Environment: Considerations and Consequences of Urbanization

Daniel Pasciuti and Isaac Jilbert. 2015. "The Building Blocks of Deprivation" in Jacobin, May 11.