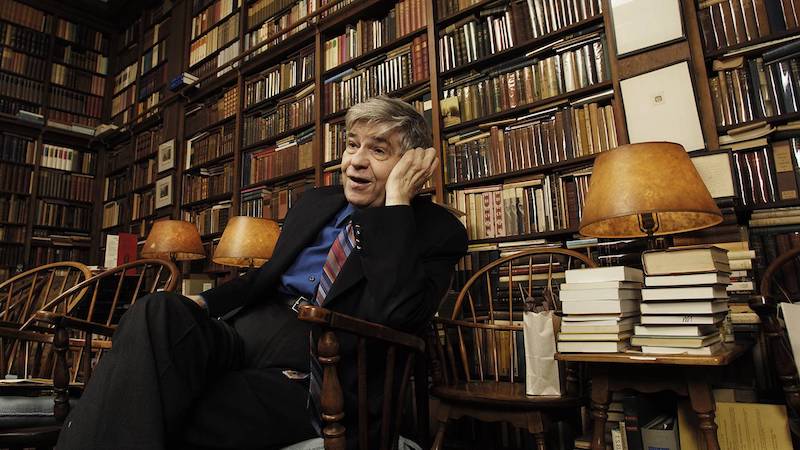 “…and the inexpressible sweet expectation of happiness, of unknown mysterious happiness, took possession of him little by little, and life seemed to him enchanting, marvelous, and full of lofty meaning.” —From Anton Chekhov, “The Student,” one of Richard Macksey’s favorite stories

Richard A. Macksey, a celebrated Johns Hopkins University professor whose affiliation with the university spanned six and a half decades, died Monday in the Baltimore area after an illness. He was 87.

A legendary figure not only in his own fields of critical theory, comparative literature, and film studies but across all the humanities, Macksey possessed enormous intellectual capacity and a deeply insightful human nature. He was a man who read and wrote in six languages, was instrumental in launching a new era in structural thought in America, maintained a personal library containing a staggering collection of books and manuscripts, inspired generations of students to follow him to the thorniest heights of the human intellect, and penned or edited dozens of volumes of scholarly works, fiction, poetry, and translation.

Read the full obituary on the Hub.