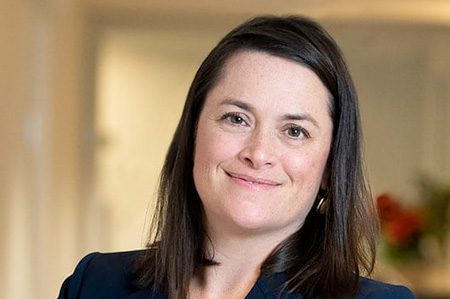 As associate dean for external affairs, Rachel Hitchcock leads the Krieger School’s development, engagement, and communications efforts. Since May 2017, she had served as senior director for principal gifts in Johns Hopkins University’s central Development and Alumni Relations Office. Hitchcock also served for six months as acting associate dean for development and alumni relations for the School of Advanced International Studies (SAIS), where she ensured the successful execution of the SAIS 75th anniversary event and the completion of a $15 million endowed fellowship campaign; managed communications for the dean transition; and implemented new processes to strategically manage the dean’s development and alumni relations activity.

Hitchcock has broad experience with principal gifts, annual and major gift solicitation, working with boards and volunteers, and corporate and foundation relations. Before coming to Johns Hopkins, she spent 15 years in development, including at the Oregon Health and Science University, Columbia University, the University of Pennsylvania, and Convent of the Sacred Heart in New York City.

As a four-year, scholarship student-athlete, Hitchcock received her undergraduate degree from Syracuse University, with a double major in public relations and Spanish. She earned a master’s degree in strategic communications from Columbia University, where she is an engaged alumni volunteer. Hitchcock has held a Certified Fund Raising Executive (CFRE) credential since 2008.