Medicine, Science, and the Humanities Major 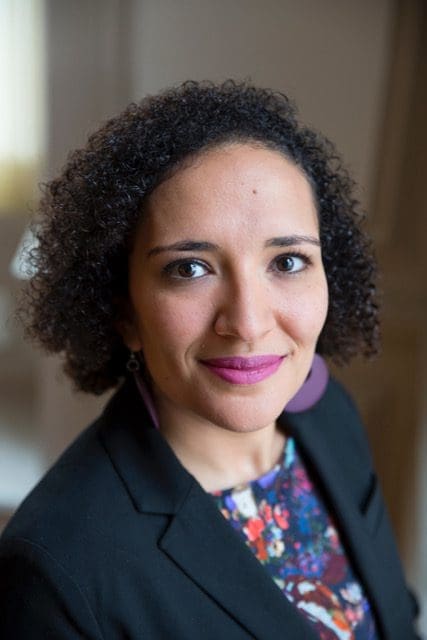 Pronouns: She/her/hers. I’m a Senior Lecturer in the Medicine, Science, and the Humanities program. Trained in political theory, political philosophy and intellectual history, I work on the question of justice at the intersection of history, political theory, and science, technology and medicine studies. Growing up in Cairo, surrounded by both medicine and political activism, I later became interested in understanding how medical professionals’ political leanings shape their medical practice and how their medical expertise and practice shape, in turn, their political and social choices. I also became particularly interested in gender studies and postcolonial studies. After receiving a BS from Cairo University, I went on to do my graduate studies in France (Sciences Po Paris) and conducted research in Italy and Germany. Before teaching at Hopkins, I taught at Harvard’s Department of the History of Science between 2011 and 2021.

With a focus on medicine and public health, my research addresses the questions of health and social justice, biomedical ethics, and the medicine-politics nexus, with a geographical focus on the Middle East and a special interest in postcolonial and gender studies. My research interests focus on medical expertise and how it is deployed in different political contexts. In this framework, I focus on gender and race as important contributors to the fashioning of the medical profession and as key determinants of health and access to medical care. I am currently finishing a book manuscript (co-authored with Sherine Hamdy, UC Irvine, in preparation with Stanford University Press) on the roles played by doctors in revolutionary and post-revolutionary Egypt, and working on another book project on the social roles of doctors in postcolonial Egypt. I am editor of the Journal of Middle East Women’s Studies (JMEWS) and associate editor of the Journal of Islamic and Muslim Studies (JIMS).

In addition to teaching courses on the history of medicine and public health, the medical humanities, and gender and sexuality, I have also taught courses in European and American intellectual history, as well as the intellectual history of the modern and contemporary Middle East, with a focus on gender and feminist writing and activism. Examples of courses taught include:

- Medicine and Conflict: The History and Ethics of Healing in Political Turmoil

- Bodies in Flux: Medicine, Gender, and Sexuality in the Modern Middle East

- Justice in Health: The Ethics of Public Health in the Contemporary World

- Taking Science to the People: The Popularization of Scientific Knowledge in the Modern Arab World

- "What is Enlightenment?": Science, Religion, and the Making of Modernity

"A Noble Profession?” The Social Roles of Doctors in Postcolonial Egypt - Bayoumi, Soha, and Sherine Hamdy. Doctors of the Revolution: Medicine and Politics in the Egyptian Uprising.

Bayoumi, Soha. “Gender, Sexuality, and the Politics of Writing History in the Middle East: Interview with Afsaneh Najmabadi.” Journal of Middle East Women's Studies 16, no. 2 (2020): 213-226.