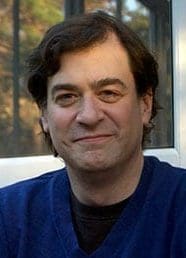 James Glossman has directed well over 200 plays, for professional theatres and educational programs across the United States, spanning works (among others) of Shakespeare, Shaw, Miller, Mamet, Beckett, Shepard, Pinter, Stoppard, Friel, Fugard, Sondheim, Goldman, Wilson, Williams, Wilde, and Wilder, as well as new plays by emerging and established playwrights. His productions of Bluff with John Astin have been seen across the United States; and his stagings of The Value of Names, starring Jack Klugman as a once-blacklisted actor, played in NY, NJ, and Los Angeles. His adaptation of Raymond Chandler’s noir classic, Trouble Is My Business, received its world premiere in a sold-out run at Portland Stage, following an earlier benefit staging with David Strathairn at Shadowland Stages, NY, where he is Associate Director. He recently directed the first production in 50 years of Sheldon Harnick’s “lost” musical comedy, Smiling, the Boy Fell Dead, with a cast led by Judy Kaye and Tony Roberts, at the York Theatre in Manhattan. A graduate of Northwestern University, The American Conservatory Theatre, the British American Drama Academy (at Balliol College Oxford), and The Yale School of Drama (MFA). He has been a member of the Theatre faculty at Philadelphia’s University of the Arts and at St Ann’s School in Brooklyn; and has taught and directed as a member of the Theatre Arts and Studies Program at Johns Hopkins for over a dozen years. Current professional theatre projects include: The Black Monk, a commission for a new music-theatre piece for string quartet and actors about Shostakovich, Stalin, and a fifty-year struggle for artistic freedom, for the multiple-Grammy-winning Emerson String Quartet, for summer of 2017; and a new stage adaptation of Carl Reiner’s classic autobiographical coming-of-age novel, Enter Laughing, for the upcoming 2016-17 season.