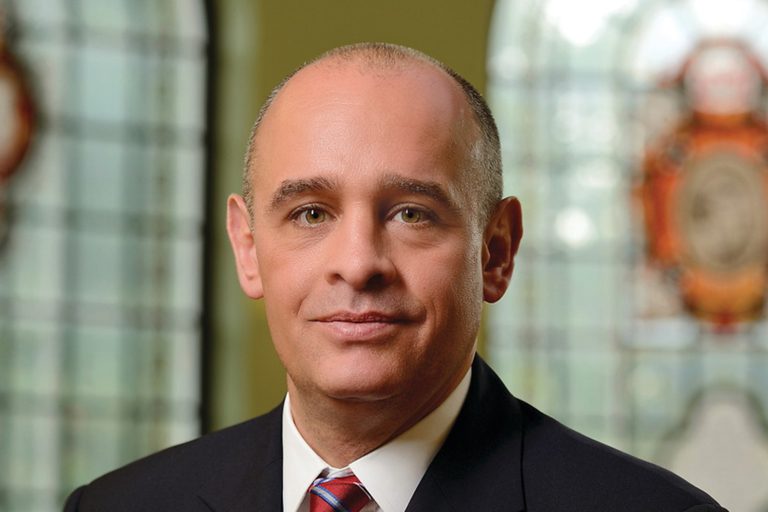 James B. Knapp Dean, Krieger School of Arts and Sciences

Professor Christopher S. Celenza is the James B. Knapp Dean of the Krieger School of Arts and Sciences. He is also a professor of history and classics.

The James B. Knapp Dean of Arts and Sciences brings leadership and expertise to the tasks of shaping the Krieger School’s vision and managing its complex and extensive operations. The dean has responsibility for setting direction, generating and managing resources, and coordinating fundraising and alumni relations activities. The dean also authorizes all new appointments and plays an active role in recruiting prospective faculty.

Celenza oversees the Krieger School's 22 highly ranked academic departments within the natural sciences, social sciences, and the humanities. He has made it a priority to foster diversity and inclusion. He also seeks to build on the school’s collaborative relationships, deepening support for scholars at every stage of their careers.

Dr. Celenza was previously Dean of Georgetown College at Georgetown University, and a professor of history and classics. During his time at Georgetown he advanced many strategic initiatives, including prioritizing efforts to foster diversity, inclusion, and equity while significantly refining faculty hiring practices. He also developed a new undergraduate research program that provided students with more opportunities to explore career paths and took concerted steps to enfranchise faculty and build mentoring programs for assistant and associate professors.

Previous to his 2017 move to Georgetown, Dr. Celenza was Vice Provost for Faculty Affairs at Johns Hopkins, and held the Charles Homer Haskins Professorship in classics. As vice provost for faculty affairs at Hopkins, Celenza worked closely with schools across the university to address issues related to recruiting and retaining faculty. His efforts included fostering collaboration, increasing faculty diversity and administering the university’s ongoing Faculty Diversity Initiative, and working to assess and improve mentorship programs for junior faculty.

He first joined the Krieger School faculty in 2005 as a professor in what was then the Department of German and Romance Languages. He also taught for nine years at Michigan State, and holds two doctoral degrees—a doctorate in history (Duke University, 1995) and a doctorate in classics and neo-latin literature (University of Hamburg, 2001).

Dr. Celenza has received numerous awards and grants, including fellowships from the Guggenheim Foundation, the Fulbright Foundation, and the American Council of Learned Societies. He served as the 21st Director of the American Academy in Rome from 2010 to 2014, and as the founder and first director of JHU’s Singleton Center for the Study of Premodern Europe from 2008 to 2010. He also assisted in the founding of the Alexander Grass Humanities Institute.

He is the author or editor of 12 books and more than 40 scholarly articles in the fields of Italian Renaissance history, post-classical Latin literature and philosophy, and the history of classical scholarship. An Italian translation of his book The Lost Italian Renaissance was published in 2014.

His most recent books include The Italian Renaissance and the Origins of the Modern Humanities: An Intellectual History, 1400-1800 (Cambridge: Cambridge University Press, 2021), The Intellectual World of the Italian Renaissance (Cambridge: Cambridge University Press, 2018) and Petrarch: Everywhere a Wanderer (London: Reaktion, 2017).