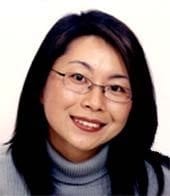 Dr. Hey-Kyoung Lee is an professor of neuroscience at the Johns Hopkins University School of Medicine. Her research focuses on the cellular and molecular changes that happen at synapses to allow memory storage. The goals of her research include elucidating the mechanisms underlying cross-modal synaptic plasticity and exposing the events that occur in diseased brains.

Prior to joining Johns Hopkins, Dr. Lee was an associate professor at the University of Maryland.

She was awarded The Sloan Research Fellowship in 2004 and was nominated as one of the "Yonsei 100 Women Leaders" in 2006. In 2009, Dr. Lee was awarded the Junior Faculty Award from the College of Chemical and Life Sciences at the University of Maryland.

Our daily experience can trigger lasting memories, which are stored in our brains. Memories are stored ultimately by changing the way neurons convey information. More precisely, they are stored as changes in the function of synapses: the structures by which neurons contact and transmit signals to each other. My laboratory is interested in exploring the cellular and molecular changes that happen at the synapses to allow memory storage.

Combining various techniques, such as electrophysiological recording, biochemical/molecular analysis, and imaging, we are aiming to understand the cellular and molecular changes that happen during synaptic plasticity. It is well established that neural activity can trigger synaptic changes, such as long-term potentiation (LTP) and long-term depression (LTD), which are cellular models of learning and memory. However, in addition to LTP and LTD, more global mode of plasticity needs to be in place to provide stability to neural networks. Currently, we are examining molecular and cellular mechanisms of global homeostatic synaptic plasticity using sensory cortices as model systems. We found that loss of vision elicits global changes in excitatory synaptic transmission in primary visual cortex, which is primarily due to regulation of postsynaptic AMPA type glutamate receptors. Interestingly, vision loss triggers opposite changes in other primary sensory cortices, which we postulate underlies sensory compensation in blind. Elucidating the mechanisms underlying such cross-modal synaptic plasticity is one of the main research foci of the lab.

In addition to understanding the basic mechanisms of how experience alters the brain, we are also interested in elucidating the events that occur in diseased brains. Alzheimer's disease is a devastating memory disorder that affects the social well-being of affected individuals. In collaboration with Dr. Philip Wong at Johns Hopkins School of Medicine, we are analyzing various mouse models of Alzheimer's disease, especially focusing on the possible alterations in synaptic plasticity mechanisms.