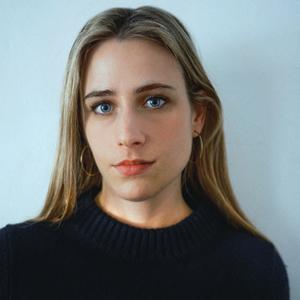 Scotty’s Vag, tells the story of a sorority hazing event, in which Scotty, a college freshman, must make an impression on the older girl she wants as her “big”. As the night goes on, Scotty realizes how far she’s willing to go to prove herself. Power dynamics are not what they seem.

Chaconne is a writer and director based in LA. She tells raw, sensual stories about female relationships, sexuality and the moral grey areas in which they exist. She is a writer on Amazon Freevee’s ‘Cruel Intentions’, and previously wrote for Amazon’s ‘I Know What You Did Last Summer.’ Her last short, ‘In Sync’, premiered at Maryland Film Festival.