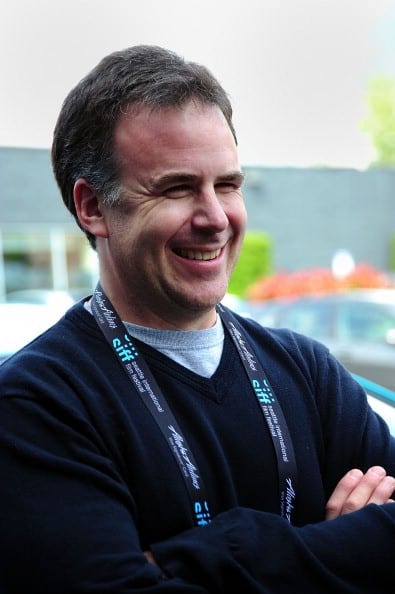 Adam Rodgers grew up in Maryland, earned a B.A. at Duke University and an M.F.A. at New York University’s Tisch School of the Arts, won a student Emmy Award, moved to Los Angeles, and broke into the movie business in 2001 with the sale of his comedy spec script Moving Elliot to Universal – one of just 101 feature screenplays bought by the major studios that year.

In the decade that followed, Adam and his writing partner sold and optioned pitches and spec scripts (to Universal, Fox, and Sony, among others), developed dozens more with studios and production companies, and were named among the “Top 10 Screenwriters to Watch” by Script magazine. In 2008 they saw their first greenlit project, the television movie Racing For Time. Adapted from a Los Angeles Times article profiling a sprint-relay team comprised of incarcerated young women, the film starred Academy Award nominee Aunjanue Ellis and Emmy-winners Tiffany Haddish and Charles S. Dutton (who also directed), and was nominated for several awards.

That same year, Adam directed The Response, a 30-minute short based on transcripts of the Guantanamo Bay military tribunals, starring Aasif Mandvi, Kate Mulgrew, and Peter Riegert. The film, which NPR called “a brilliant production,” was shortlisted for the 2010 Academy Awards (Best Short Film, Live Action), won the American Bar Association’s Silver Gavel Award, screened at the Pentagon, the Department of Justice, and the U.S. Capitol for members of Congress, and played in festivals worldwide.

In 2014, Adam co-wrote and directed the indie romance At Middleton, starring Academy Award nominees Vera Farmiga and Andy Garcia. The film won multiple festival awards, was released theatrically in the U.S. and internationally, was named a New York Times Critic's Pick, and debuted in the top 10 (Art House) On Demand releases. In 2016, Adam’s screenplay was selected for inclusion in the permanent Core Collection of the Academy of Motion Pictures Arts and Sciences' Margaret Herrick Library in Los Angeles.

In addition to teaching screenwriting (and serving as Chair) for the Program in Film and Media Studies at The Johns Hopkins University, Adam, a member of the Writers Guild of America, continues to write, direct, and produce for film and television through his production company, 8th Day Pictures. His latest project, the award-winning digital comedy series Turf Valley, is currently streaming on YouTube.