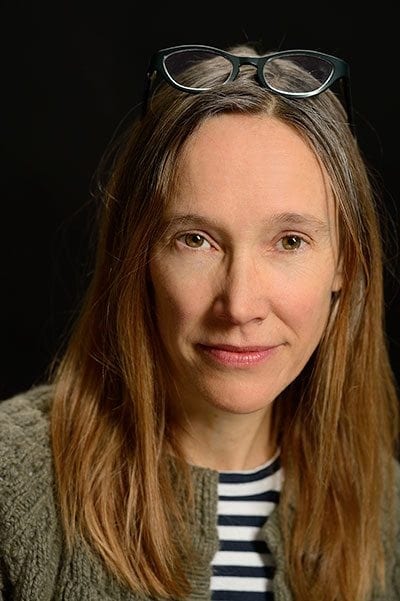 Karen Yasinsky is an artist and filmmaker working with experimental film, animation and
drawing. She received a BA from Duke University in Mathematics and Art History and received
her MFA from Yale University in Painting. Her courses at Hopkins address and question the
aesthetics of film language, animation, surrealism and experimental media. She is a Guggenheim
fellow, a fellow of the American Academy in Berlin and the American Academy in Rome.
Grants and residencies include the Baker Award, Headlands Center for the Arts and the Ucross
Foundation.
Her work has been shown in many venues internationally including the Mori Art Museum,
Tokyo, P.S. 1 Contemporary Art, NY, UCLA Hammer Museum, LA, the Wexner Center,
Columbus, Kunst Werke, Berlin, Museum Folkwang, Essen and Baltimore Museum of Art. Her
films and videos have been screened worldwide at various venues and film festivals including
Museum of Modern Art, NY, National Gallery of Art, DC, the New York Film Festivals Views
from the Avant Garde, the International Film Festival Rotterdam, Images Festival, San Francisco
International, Crossroads, London International Film Festival, Maryland Film Festival and the
Ann Arbor Film Festival (Best Sound 2013). Publications including her work include No. 1: First
works by 363 Artists, The World is a Stage Stories Behind Pictures, Armpit of the Mole, and
>>fast forward Media Art Sammlung Goetz.

Courses include: Intro to Visual Language; Surrealism and Film; various Animation courses; Experimental Video; Anxiety and Influence; and the film mentor for Sound and Film

Karen Yasinsky turned to filmmaking to surmount the limitations of painting, and the illustrated and stop-motion animations she’s created over the last decade are transfixing. They’re often set in nature, but they never feel quite natural. They center on characters who can convey with just the slightest gesture how difficult it is to truly connect with another person. “We are defined by our relationships,” Yasinsky says, “but we’re always alone.”

Maryland Morning arts and culture ace Tom Hall talked with Karen Yasinsky about her work in front of a live audience, and then screened a selection of clips from her films. Their conversation aired on Maryland Morning, Friday, January 27, 2012