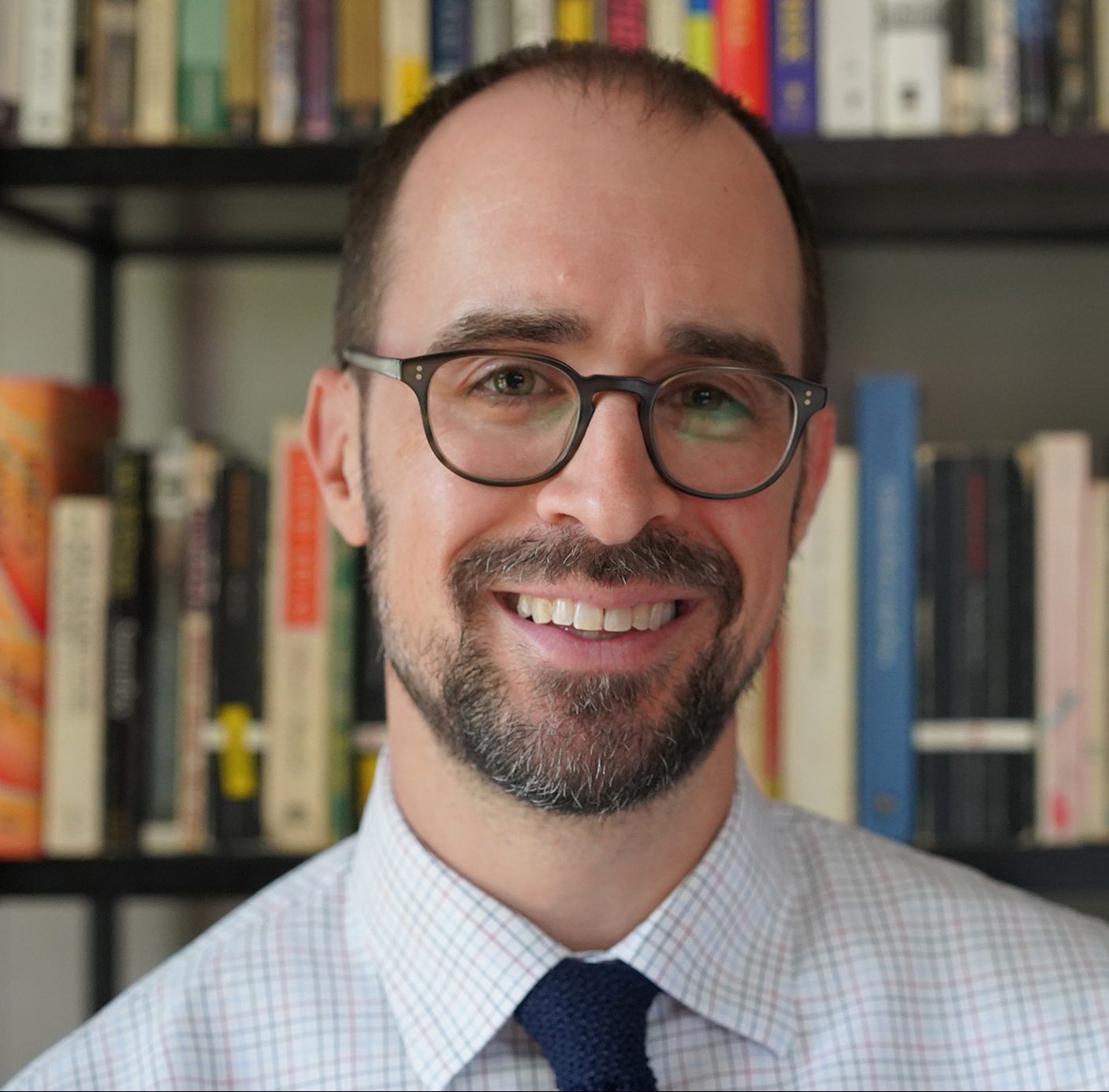 Kyle Stine teaches courses informed by research in film history, media theory, and science and technology studies. His areas of emphasis include a suite of classes on the new media of podcasting, computer animation, internet, and blockchain, with attention to cultural dimensions relevant to filmmakers and writers. He teaches film-centered courses on screenwriters and film critics, intermediality and film adaptation, film sound, environmental cinema, and film and medical imaging. He is the recipient of a 2020 Teaching Innovation Grant from the Center for Educational Resources at Johns Hopkins, used to build out public-facing components in his classes such as the online syllabus and web-magazine-style assignments for A Cultural History of the Internet; the course episode feed for Podcasting: Critical and Creative Practice, available on Apple Podcasts, Google Podcasts, and Spotify; and the NFT gallery on Objkt.com for Digital Art on the Blockchain, which he co-taught with Jimmy Joe Roche. Syllabi from previous semesters can be found on his website.

Kyle is the co-editor, with Axel Volmar, of the book Media Infrastructures and the Politics of Digital Time (Amsterdam University Press, 2021), available for free download in Open Access. His articles on cinema and technology have appeared in Critical Inquiry, Discourse, Grey Room, October, and the Journal of Cinema and Media Studies.

He is currently working on two interrelated book projects, provisionally titled Integrated Circuits: A Media Theory and Cinematic Fields: Visions of the Nonhuman World, the core arguments for which can be found in his articles “The Coupling of Cinematics and Kinematics” (Grey Room, 2014) and “Critical Hardware: The Circuit of Image and Data” (Critical Inquiry, 2019), for the circuits book; and “Other Ends of Cinema” (JCMS, 2020) and “Nonhuman Cinema and the Logistical Sublime” (October 2021), for the nonhuman cinema book.

In recent years, Kyle has been invited to give talks on “Dimensions of Materiality” (Digital Matters, University of Siegen, Germany, November 2021) and “Microprocessors as Media” (University of Konstanz, Germany, March 2022) and was an invited interviewer at the first international conference on Web3 (July 2022). He has for several years worked as a copyediting advisor for filmmakers in the MFA program at the Maryland Institute College of Art (MICA).