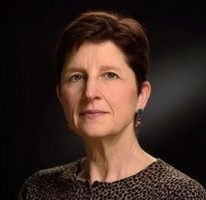 Laura Mason (BA, University of California, Santa Cruz, 1981; PhD, Princeton University, 1990) is trained in European cultural history. Before joining Johns Hopkins in 2011, she was an associate professor of history at the University of Georgia and a member of the board of the Athens Film Arts Institute in Athens, GA.

Formerly an assistant editor at Common Knowledge (1993-1997) and book reviews editor for Rethinking History (1997–2002), she is currently a member of the Advisory Board of Rethinking History and the Scholarly Council for the Institute on Napoleon and the French Revolution at Florida State University.

She shares an appointment in the Department of History and the Program in Film and Media Studies.

Laura has published on biography and film in Rethinking History, and her essay on Marie Antoinette in Film was included in the Routledge anthology, Marie Antoinette: Writing on the Body of the Queen.   Her film reviews have appeared in Fiction and Film for French Historians and the American Historical Review. She has delivered papers and lectured on French film, including the work of directors Claire Denis, Olivier Assayas, and Arnaud Desplechin, and the teaching of film and history.

Laura Mason’s work in film and media is informed by her training as a cultural historian. Courses like Postwar Paris on Film, French Masculinities, and Women Making Movies in Europe use fiction films and documentaries as primary sources to investigate how directors and audiences have confronted such issues as urbanization, war and revolution, gender, race, and immigration across the 20th and 21st centuries. History & Film uses movies as secondary sources to examine visual and fictive representations of the past, broadening our sense of what history is and who it belongs to.