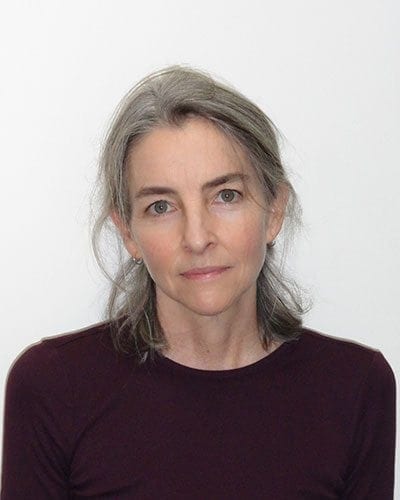 Lucy Bucknell came to Hopkins as a teaching fellow in The Writing Seminars, receiving her master's degree in writing in 1999. She taught in both The Writing Seminars and the Film and Media Studies Program for several years before becoming full-time faculty in FMS in 2007.

She is the founding director of Writing Outside the Fence, a writing program for returning citizens in Baltimore, and she is Principal Investigator for the Baltimore Youth Film Arts Program.

“Meet the Neighbors: Q&A with Lucy Bucknell of Writing Outside the Fence,” by Andrew Hamm, Little Patuxent Review, December 2, 2018.

Writing Outside the Fence: Writers Read From Their Work (podcast) Enoch Pratt Free Library, May 29, 2012.

A Community of Writers Celebrates Five Years, by Betsy Boyd, Baltimore Fishbowl, May 31, 2011.

Getting It Out: What Was Supposed To Be An Ex-Offenders Workshop Has Spawned A Creative Community Hive Of Writers, by Bret McCabe, City Paper, June 6, 2007.