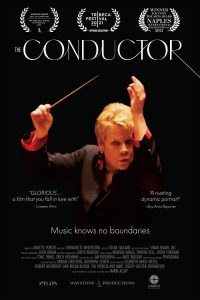 Congratulations, Berna, for bringing the stories of women and underrepresented artists into the spotlight, and for inspiring others, through the power of filmmaking, to do the same!

The documentary showcased March 18 on an ABC News Live PRIME segment with journalist Phil Lipof. The film’s television premiere took place on PBS stations around the nation Friday, March 25, 2022, as part of the acclaimed Great Performances series, and in celebration of Women’s History Month.