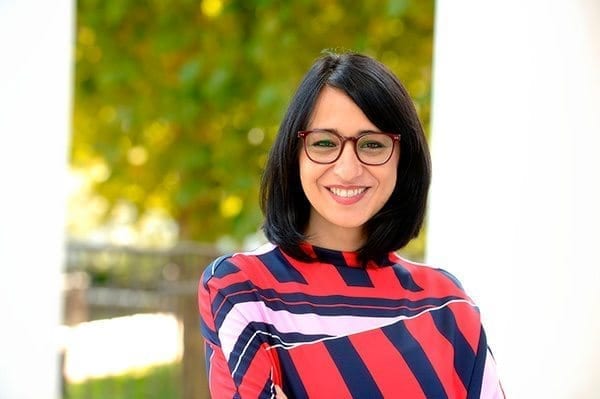 Assistant Professor of Italian Studies
Affiliated Faculty with the Center for Advanced Media Studies
Program for the Study of Women, Gender and Sexuality
Environmental Science and Studies Program

Laura Di Bianco holds a PhD in Comparative Literature from The Graduate Center, City University of New York (2014). She is Assistant Professor, and Director of Italian Studies, and is affiliated with the Center of Advanced Media Studies (CAMS) and the Program for the Study of Women Gender and Sexuality (WGS). Her research and teaching interests lie at the intersection of Italian studies, film studies, women’s and gender studies, and ecocriticism.

After earning her laurea at the University of “Roma Tre” in Film History and Criticism, Professor Di Bianco worked at the Centro Sperimentale di Cinematografia, Italy’s national film school, as an iconographic researcher, curator and production coordinator for numerous documentary films, photo exhibitions and publications. Prior to joining the Hopkins faculty in 2016, she taught classes of Italian language, film, and literature at different institutions such as CUNY, Hunter College, Queen College, Fordham University and The New School University.

Dr. Di Bianco has published articles in academic journals and volumes such as The Italianist Film and Italian Women Filmmakers and the Gendered Screen .  She is the film review editor for the online journal “Gender| Sexuality| Italy, ” and co-editor for Modern Language Notes.  Currently, she is completing her first book project—Wandering Women. A Feminist  Geography of Italian Cinema—which investigates the representation of urban space and women’s subjectivity within the oeuvres of contemporary Italian women filmmakers such as Francesca Comencini, Alice Rohrwacher, Marina Spada, Roberta Torre, Eleonora Danco, and others. Her second book project–Crumbling Beauty: Italian Cinema in the Age of Anthropocene –deals with ecological crises in Italy as represented in films from the sixties to the present.

At Johns Hopkins, Professor Di Bianco teaches surveys of Italian cinema, classes about women’s filmmaking, as well as courses of modern and contemporary Italian literature and cinema, with a focus on the interplay of humans, non-humans, and the environment. Leading translation projects with graduate and undergraduate students, she recently completed English subtitles for films by pioneer, silent film director Elvira Notari that were presented at the 2018 edition of Festival del Cinema Ritrovato, in Bologna.

Selection of Classes Taught at Other Institutions

“Toward an Italian Ecocinema: Raising Environmental Consciousness in the Bel Paese,” forthcoming.