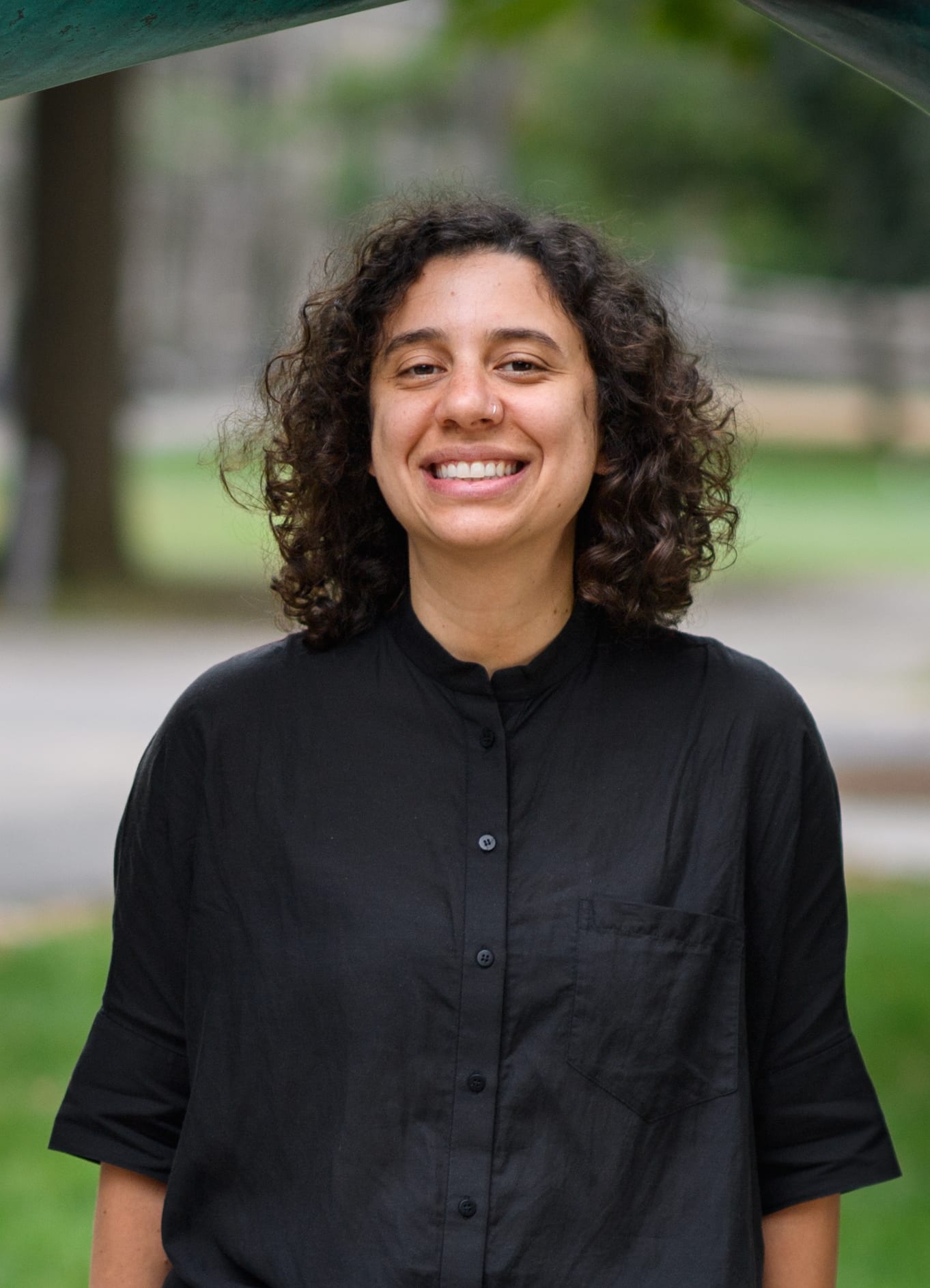 Marina Bedran is Assistant Professor of Lusophone Literatures and Cultures. She works on Brazilian literature and visual culture from the nineteenth century to the present, emphasizing exchanges between Latin American and the Lusophone world.

She received her Ph.D. in Spanish and Portuguese from Princeton University, where she was awarded a Lassen Fellowship from the then-Program in Latin American Studies – PLAS (2014–15) and a Dissertation Fellowship from the Princeton Institute for International and Regional Studies ­– PIIRS (2019–20). Her research and publications have examined media, visual and conceptual arts, environmental humanities, indigeneity, feminist filmmaking, and the correspondence of Robert Louis Stevenson and Henry James, which she translated to Portuguese. Her current book project explores questions of political ecology, indigeneity, and temporality in experimental media-based art and writing, demonstrating how Brazilian artists, writers, and filmmakers since the postwar staked out a critique of state-led modernization projects and developmentalism by turning to Amazonia. In doing so, they anticipated more recent reevaluations of modernity and cultural engagement with Amazonia in anthropology, archeology, history, and literary and cultural studies.

She has a master’s degree in Literary Theory and Comparative Literature from the University of São Paulo. Before coming to the United States, she has also worked at Brazilian cultural institutions such as Instituto Moreira Salles – IMS and Casa do Saber. She currently serves on the editorial board of Revista Rosa.

Literary readings across the Lusophone World