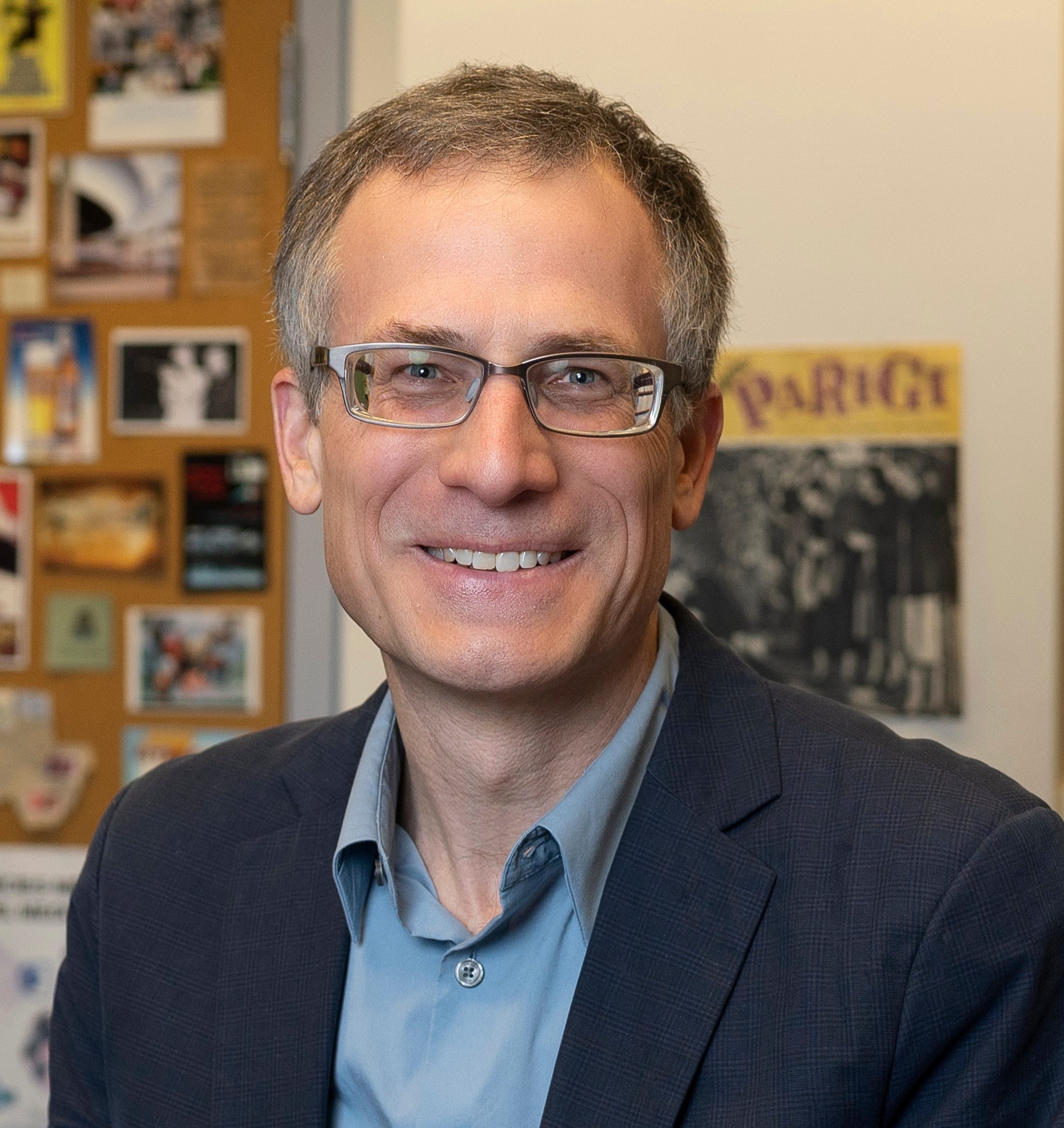 Prior to joining the Hopkins faculty in 2012, Professor Schilling taught for 10 years at Rutgers University - New Brunswick, where he directed the graduate program in French from 2006 to 2010 and was a member of the executive board for Cinema Studies. Previous academic positions were held at Stanford University and at Reed College.

Professor Schilling has received grants from the NEH, DAAD (Deutsche Akademische Austauschdienst), and the SPFFA (Société des professeurs français et francophones d’Amérique). He serves on the editorial boards of Johns Hopkins’ own MLN, French Forum, Symposium, La Revue des Sciences Humaines, and the French Review, for which he is a standing reviewer of works in literary criticism and film. In 2018 he joined the Editorial Board of “Contemporary French and Francophone Cultures”, the noted monograph series published by Liverpool University Press.

My scholarship bears primarily on modern and contemporary French literature, with an emphasis on socially conscious novels of the interwar period as well as on the experimental, generically hybrid fictions that have arisen since the 1950s. Central to my concerns as a reader and critic is the dialogue that literature entertains with an evolving spatial imaginary itself correlated to historical transformations of lived and built space. My secondary field is cinema esthetics and the history, ideology, and theory of filmic representation during the celluloid era.

In Mémoires du quotidien: les lieux de Perec, I examined the relation between postwar theoretical discourse on the everyday and everydayness and the “sociological” works of Georges Perec (1936-1982), who in compiling commonplaces of 1960’s and 1970’s French culture drew on the rhetorical notion of lieux de mémoire. His first novel Les choses (1965) exposes through deceptively simple means the clichés of an emergent consumer society fraught with contradiction. Later works of the 1970s, like Espèces d’espaces (1974), broach questions of habitat and habit, underscoring the need to revitalize public culture by questioning those elements of quotidian existence that appear to go without saying. The book argues that the strong autobiographical current in Perec’s work stands in productive tension with its ludic neohumanism and openness. If Perec’s investment in descriptions of place in such projects as “Lieux” was originally an oblique means by which to compensate for the absence created by the Shoah, the texts that resulted from these experiments enter into dialogue with key ideas that Henri Lefebvre, Maurice Blanchot, and Michel de Certeau were developing from the turn of the 1950s into the mid-1970s. The historical event recedes in the face of quotidian rhythms that for all its apparent banality is not without its human, formative character.

This early-career project led me to investigate more broadly the interrelationship between literary representations and lived space. In my work on modern and contemporary literatures in French, I am particularly interested in the ways in which narratives set up spatials contract with their readers based on various types of local or geographical recognition. How does the novelistic representation of space interact with the coordinates of collective memory or the “image” of a place at a given moment in its socio-historical development? How dense or sparse, how static or dynamic is the image of the diegetic world that we construct out of a text? Is the fact that the theory of fiction has long favored the temporal coordinates of narrative over the spatial ones a function of the ontology of fiction itself, or rather a methodological oversight? What I call narrative geopoetics aims to explore the inner workings of fiction with a mind to the particular ways of worldmaking these creative works instantiate.

In this domain, Banlieues de mémoire: essais de géopoétique sur le roman français de l’entre-deux-guerres, my forthcoming book on the interwar works of Céline, Queneau, Dabit, Simenon, and others analyzes representations of the Paris suburbs at a time marked by rational urban planning, the discourse on hygiene, and social activism. The work identifies constants in character trajectories, social types and conflicts, and themes through which an aggregate image of the interwar suburb comes to the fore, a suburb plagued with pauperization, social segregation and the political tensions attendant to the rise of the banlieue rouge. A fictive suburb overlaying the historic and social realities of the time shapes contemporary perceptions and provides imaginary (and often humorous) solutions to real-world problems.

My most recent book-length publication, Screening the Paris Suburbs: From the Silent Era to the 1990s, co-edited with Philippe Met, examines the long history of representations of the Paris suburbs in fiction and documentary films. Decades before the emergence of a French self-styled 'hood' film around 1995, filmmakers from Feuillade and Renoir to Melville, Tati, and Godard looked beyond the gates of the capital for inspiration and narrative content. In the Paris suburbs, they found an inexhaustible reservoir of forms, landscapes and social types in which to anchor their fictions, from bourgeois villas and bucolic riverside cafés to post-war housing estates and postmodern new towns. Across its fifteen chapters the book assesses this rich screen legacy that paralleled the historic development of greater Paris itself.

Film esthetics and theory form my second field of specialization. The monograph Eric Rohmer (2007) explored the signal esthetic contribution of the French filmmaker (1920–2009) who translated André Bazin’s ontological realist legacy into a controlled yet sensuous approach to mise en scène. In contrast to those New Wave directors who highlighted cinema’s reflexive potential, Rohmer subordinates the telling of the story to the diegesis and particularly to speech as primary catalyst for action. Employing the camera to capture the world without compromising its innate ambiguity, Rohmer evolves a mannered realist style that invests the film image with a luminous transparency bolstered by attention to voices and the acoustical environments that carry them.

Alongside work on the history of cinema esthetics, I take interest in the interactions between filmic representations and socio-cultural phenomena. A series of articles examines several French films of the 1970s that address head-on the legacy of the Algerian War of Independence, by the likes of René Vautier, Yves Boisset, and Laurent Heynemann. Other articles investigate the political imaginary of labor in documentaries on factory work (e.g. Louis Malle’s Humain, trop humain) and on the effects of factory closures since the 1990s on local communities of memory.

“On and Off the Map: Literary Narrative as Critique of Cartographic Reason,” in Literary Cartographies: Spatiality, Representation, and Narrative, ed. Robert T. Tally, Jr. Houndmills and New York: Palgrave Macmillan, 2014. 215-28.

“On the Class Character of Desire: Romantic Heroics in the Moral Tales,” in Eric Rohmer: From New Wave to Old Master, ed. Leah Anderst. Houndmills and New York: Palgrave Macmillan, 2014. 131-146.

“French Sociologies of the Quotidian: From Dialectical Marxism to the Anthropology of Practice,” in Michael Hviid Jacobsen (ed.), Encountering the Everyday: An Introduction to Sociologies of the Unnoticed (Houndmills and New York: Palgrave Macmillan, 2009), 187-210. 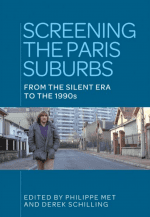 Screening the Paris Suburbs: From the Silent Era to the 1990s 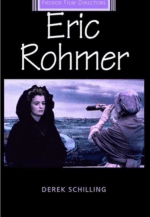 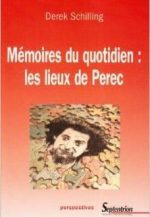