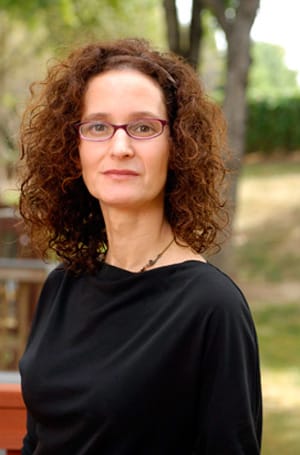 Associate Professor
Director of The Stulman Program in Jewish Studies

Neta Stahl’s primary research interests lie at the intersection of literature, religion, and culture. She won grants from National Endowment for the Humanities and the Memorial Foundation for Jewish Culture and received the Koret Publication prize for first book in Jewish Studies.

A collection of articles she edited, titled Jesus Among the Jews, appeared with Routledge (2012). In her next book, Modern Hebrew Literature and the Divine (recently accepted by Routledge) she explores the conundrum of a literature that presents itself as an ideological, secular break from Jewish tradition, yet maintains an intense dialogue with the Jewish God.

Stahl is also working on a third book project on the experimental poetics of the contemporary Israeli novelist, Yoel Hoffman.

Other and Brother: The Figure of Jesus in the 20th-Century Jewish Literary Landscape (New York: Oxford University Press, 2013).

The Poetics of Yoel Hoffmann (in Hebrew), Resling

"Jesus and the Pharisees Through the Eyes of Two Modern Hebrew Writers: A Contrarian Perspective", Hebrew Studies. Forthcoming.

“’He Who Employs Funny Rhymes in His Speech’”: Parodied Poetics in the Works of Uri Zvi Greenberg and S. Y. Agnon”, Prooftexts: Journal of Jewish Literary History, 34:1, 53-78.

“Theomorphism and Modern Hebrew Literature’s Search for the Divine: Brenner and Shlonsky as a Case Study”, Jewish Studies Quarterly (JSQ), 1:22 (2015), 62-85.

“ ‘Why Have You Forsaken Me?’ – Avot Yeshurun and Jesus of Krasnitaw”, Iggud: Selected Essays in Jewish Studies, Vol. III: Literature, Language, and Art (Jerusalem: World Union of Jewish Studies, 2007), 215-228. 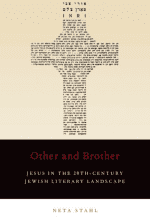 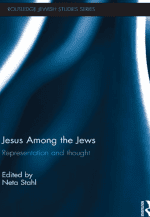