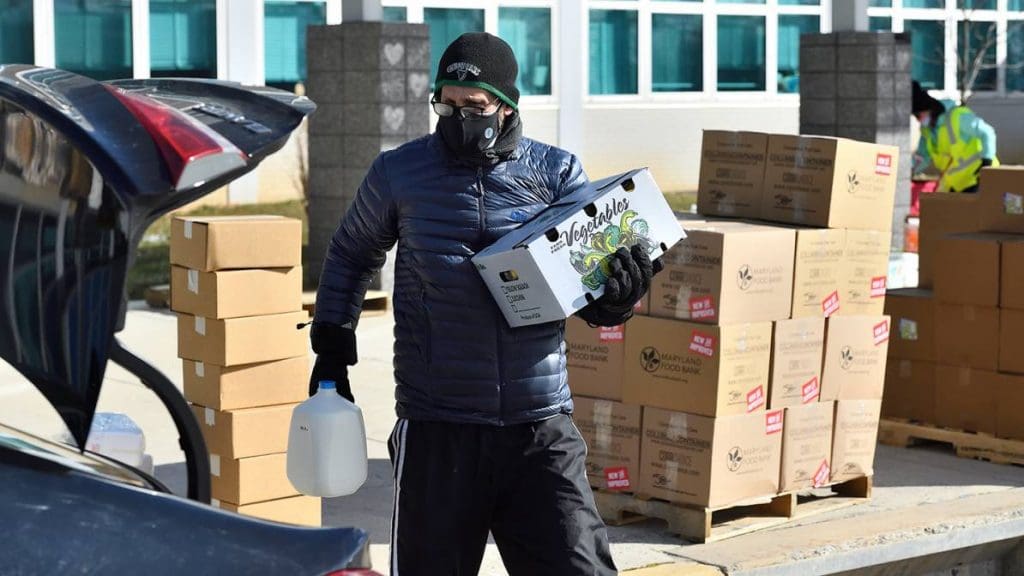 As families struggle due to the coronavirus pandemic, Hopkins Professor Adam Sheingate delivers meals to Baltimore families in need.

From the Hub: Despite a struggling labor market and emerging technologies that emphasize the importance of STEM fields, an English degree is as useful as ever, says JHU Professor Mark Christian Thompson 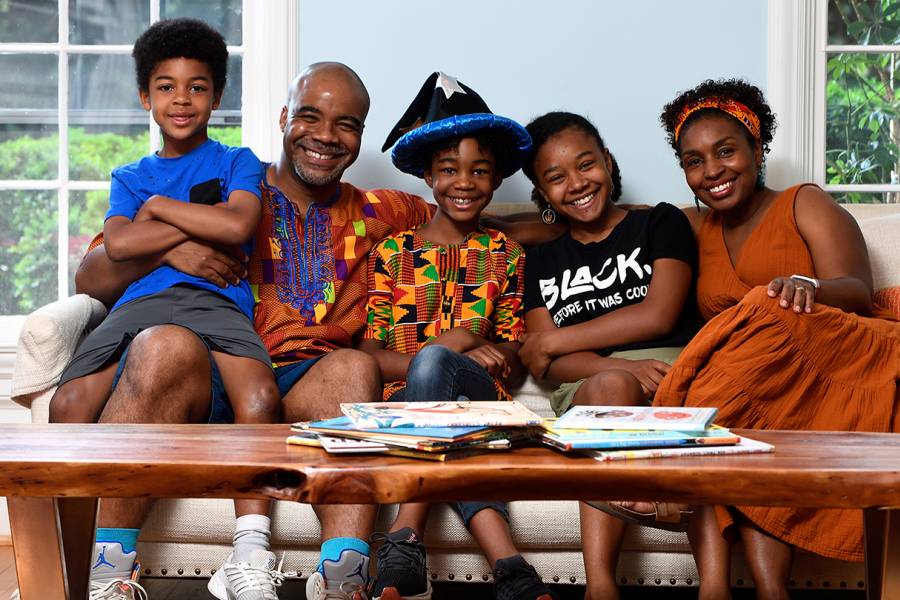 From The Hub: Through their new YouTube series ‘Storytime with Dr. Connolly,’ instructors Nathan Connolly and Shani Mott hope to bring a celebration of Africana history to the next generation of readers 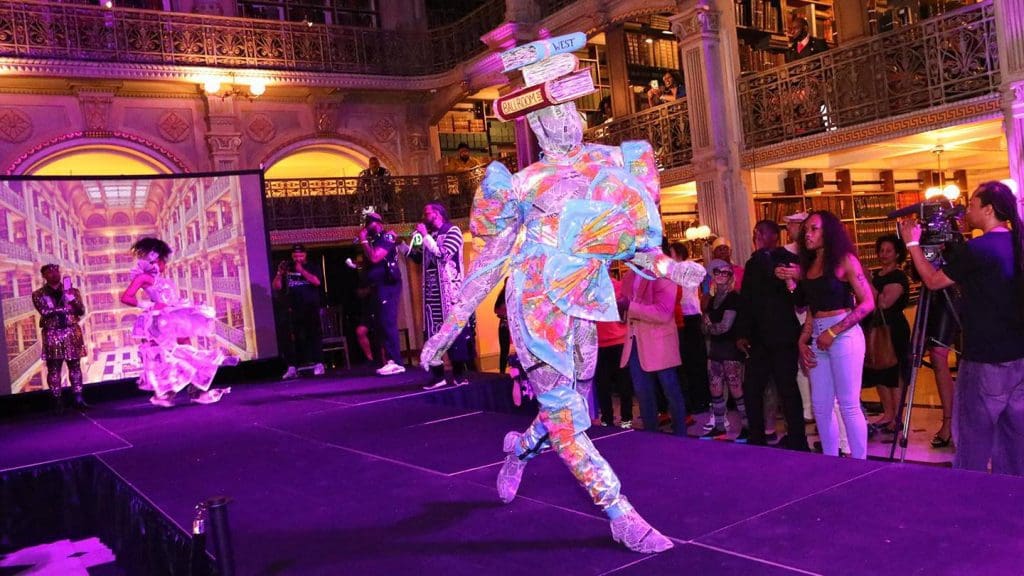 Performers battled, catwalked, and vogued in a historic ball held in April at the George Peabody Library, a grand venue for an event that honored the nearly century-old tradition of the ballroom community as a countercultural provocation of fashion, dance, performance, and politics. 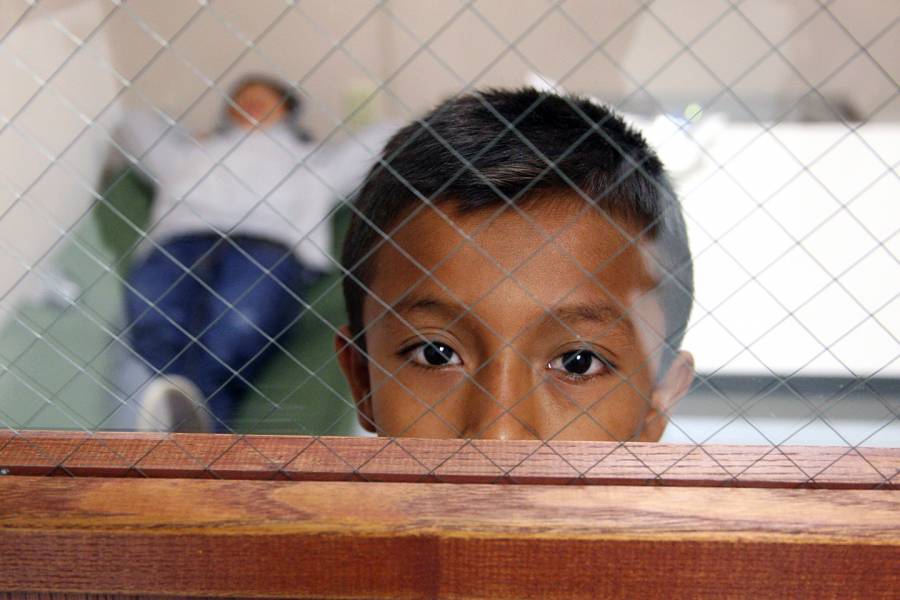 In isolation cells at holding facilities for undocumented, unaccompanied youth, children are kept, sometimes for months or longer, under highly punitive conditions. Their movement is restricted, socialization minimized, and what freedom they have is limited to the boundaries of their imagination.

It was a desire to cultivate this power of expression for those who most need it that first brought poet and professor Seth Michelson to one of the U.S. Office of Refugee Resettlement’s maximum-security immigration detention centers, where he began a series of poetry workshops with the incarcerated teens.

On September, Michelson joined a panel of authors, historians, and activists at the Johns Hopkins Program in Racism, Immigration, and Citizenship “American Concentration Camp Teach-In.” The event invited guests to think critically about the history of concentration camps and what types of facilities, historically, the term has—and has not—been applied to. 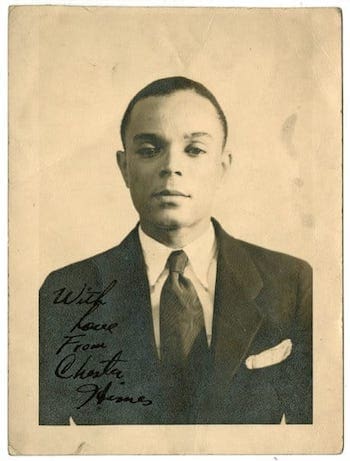 In a 1942 essay for Opportunity, the journal of the Urban League, the novelist Chester B. Himes warned his readers, “The character of this writer is vulnerable, open to attack, easy to be smeared.” Lawrence P. Jackson’s captivating biography of Himes confirms this appraisal, as Himes is far from invincible, never a hero and rarely even a sympathetic figure. Though Himes had a penchant for mistreating himself and others, he was also brilliant and courageous in his depiction of the absurdity of black American life and the violence of white supremacy. 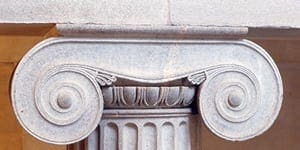 The Andrew W. Mellon Foundation has awarded a combined $1.725 million to Johns Hopkins University and the Community College of Baltimore County to support collaborations between the two institutions on humanities curriculum and pedagogy.

The two schools will partner to implement a new initiative called Humanities for All, designed to inspire students by deepening the learning experience; enriching course content; focusing on recruitment, retention, and transfer; and strengthening faculty connections between CCBC and JHU. A Mellon Scholars Program will be established to give CCBC students research opportunities and interaction with faculty and graduate students at Johns Hopkins. 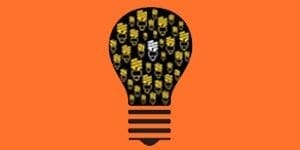 Five proposals submitted this spring to Johns Hopkins’ Idea Lab crowdsourcing website will receive funding by virtue of garnering the most support in online voting.

In its third year, the Idea Lab offered three areas in which ideas were welcome from the Johns Hopkins community: The Ten by Twenty Challenge to support individual excellence, the Diversity Innovation Grants to promote inclusion, and the Hopkins Eco-Smart Acorn Grant to drive sustainability.

In second place, with 784 votes, is a student-run online medical journal called The Hippocrates Med Review. The journal’s creators, who launched a website in January, say they hope to provide “a world-class forum that showcases a holistic view of medicine as told by the brightest minds in the medical field.” 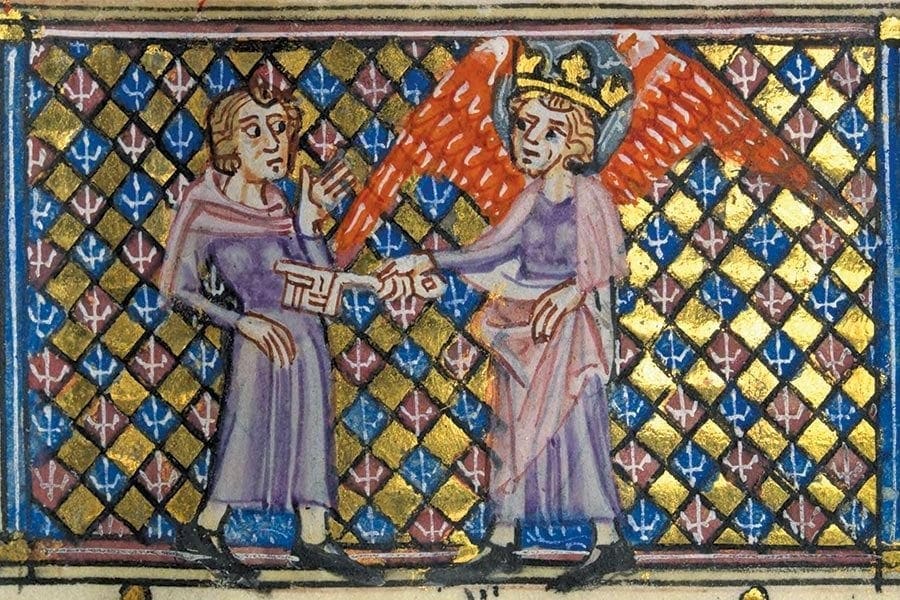 Call it the Villon epiphany. François Villon was a 15th-century French poet. His work has been passed down in many hand-scribed manuscripts, but none of them are originals in the author’s hand. On an autumn day in 1980, Stephen Nichols was in Paris studying different parchment manuscripts of the poet’s Le Testament. Like all textual scholars of the day, Nichols, who is now a Johns Hopkins professor emeritus in the Department of German and Romance Languages and Literatures, often worked from a modern critical edition of Villon’s work; that is, a text assembled from multiple sources by scholars and meant to represent the definitive version that Villon intended. “I was astounded to see the way the texts had been prepared and presented in the critical edition, which tied them up very nicely and gave them endings,” Nichols says. “In the [actual medieval] manuscripts, I couldn’t find those endings! I suddenly realized that editors, starting in the early 19th century, couldn’t stand that a literary work didn’t have a nice ending. And I realized that I was looking at evidence that in the Middle Ages, people had a high tolerance for just reading poems that didn’t have to have a neat beginning, middle, and ending.”